Fleeting Windows is Foschi’s sophomore album and features a remarkable line-up including multi-Grammy Award-winning arranger, composer, producer, pianist, and accordionist Gil Goldstein, as well as noted drummer and producer Ulysses Owens, Jr., and trumpeter/flugelhornist Alex Sipiagin. Also appearing are Yotam Silberstein, guitar; Billy Test, piano/Rhodes; Daniel Dickinson, bass clarinet, flute, tenor sax, and alto sax; Joseph Doubleday, vibraphone; and Marco Panascia, bass. This introspective recording was driven by the birth of her twin boys, and all of the songs were shaped by the myriad emotions she experienced over the past two years. 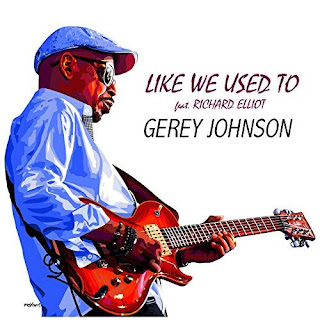 Twenty years since he co-wrote the Smooth Jazz classic “When I Think of You” with Brian Culbertson for Steve Cole, electric guitarist Gerey Johnson continues as a busy sideman (Culbertson, Richard Elliot, Boney James, Rick Braun, Euge Groove), producer, record company executive and co-producer/music director of the Smooth Chicago concert series. With the release of his new track “Like We Used To,” Johnson finally rewards fans who have been waiting for his emergence as a solo artist. An easy-grooving, compelling and crackling, blues/gospel infused track featuring the inimitably soulful Richard Elliot on sax. “Like We Used To” is the lead single of Johnson’s highly anticipated upcoming full-length debut album YOU DIDN’T KNOW? Now you do!  ~ smoothjazz.com 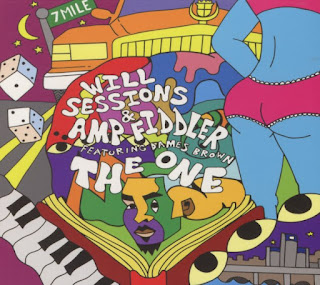 The funky Will Sessions groove gets some great electric help from Amp Fiddler – and this time around, there's also chorus vocals from the soulful Dames Brown trio! Fiddler handles most of the lead lyrics, and also plays plenty of keyboards – as you'll know from his own work – while Will Sessions holds down the rest of the instrumentation in a flurry of tight drums, riffing guitar, and mighty nice horns – plus lots more Fender Rhodes and other keys from group leader Sam Beaubein! The Dames seem to make Amp Fiddler's vocals really sound even richer than usual – almost as if they're egging him on to become the kind of soul singer we always heard in his promise. Titles include "What It Is", "Belle Isle Drive", "Rendezvous", "Seven Mile", "Reconcile", "Who I Am", "Lost Without You", and "Reminiscin". ~ Dusty Groove