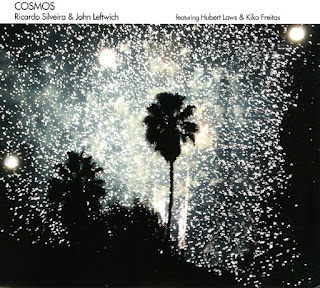 A set that not only offers up some great work from co-leaders Ricardo Silveira on guitar and John Leftwich on bass – but one that also includes some of the best small group work we've heard from Hubert Laws in years! The legendary flautist really opens up on the record – with these soulfully-blown lines that really take us back to his genius of the 70s – that breathy approach to his instrument that really set Hubert apart, and which created such a great flow on his classic albums. That flow is a great match for the warmly chromatic lines of Silveira on guitar – whose approach is gentle, but a bit more punctuated – as is the bass work of Leftwich, which has this subtle rumble that brings the bottom up in careful ways. Drummer Kiko Freitas completes the group – and titles include "Outro Rio", "Reflections", "Cosmos", "Valsa Nova", "9 to 1", and "Northeast & West". ~ Dusty Groove 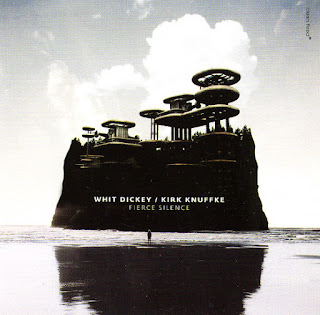 A brilliant pairing of drums and cornet – and a record that's every bit as bold as the musicians who created it! Drummer Whit Dickey punctuates the sound here in great ways – sometimes snapping the kit with an infectious pulse, sometimes moving into gentler sonic realms – but always with an inventive style that hangs somewhere between the role of timekeeping and much freer modes – while Kirk Knuffke's cornet lines step out with a spacious sound of their own – often hitting a different time structure than Whit, or concentrating on a key sonic quality – before blowing off into new shapes and tones. The pairing almost feels as if Max Roach and Leo Smith cut a set of duets – and titles include "The Calling", "Fierce Silence", "Stalker", "Lodestar", "Legba's Dance", "Ashes", and "Leave It To The Wind".  ~ Dusty Groove 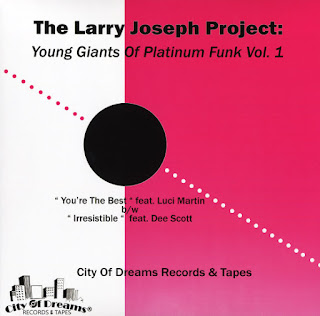 A sweet 80s-styled groove from bassist Larry Joseph – one that's peppered with some tightly riffing guitar and great piano fills – and topped with soaring lead vocals from Luci Martin of Chic! The whole thing sounds like it might have been done right during the mid 80s run of Chic (there's no date on the record) – and the extended mix has some nice bassy bits too! Dee Scott sings on "Irresistible" – with a style that's a bit more in the higher range of the soul vocal spectrum, which suits the catchy hook of the track wonderfully!  ~ Dusty Groove