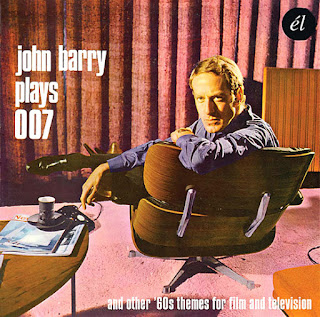 JOHN BARRY – PLAYS 007 & OTHER 60s THEMES FOR FILM AND TELEVISION

An excellent collection of work from the great John Barry – one that focuses on his famous contributions for the James Bond films – but also includes other soundtrack and instrumental material as well! The set begins with the John Barry Plays 007 record – a brilliant album that not only features some instrumental soundtrack themes, but also includes some great mod Barry instrumentals from the 60s – kind of a nice link to his sophisticated film music, and some of his smaller combo work! Titles include "Kinky", "Fancy Dance", "007", "From Russia With Love", "Big Shield", "Aliki", "Monkey Feathers", and "The London Theme". Next are two tracks from Elizabeth Taylor In London – "Lovers & Browning", with a recitation by Taylor – plus the jazzy instrumental "The London Waltz". Next are two tracks from Zulu – a colonial period film that starred Michael Caine – followed by 15 more groovy instrumentals that include "Tit Willow Twist", "Hit & Miss", "Easy Beat", "Beat Girl", "The Lolly Theme", "Spinnerree", "Roman Spring Of Mrs Stone", "The Sun's Hooray", and "Saturday's Child".  ~ Dusty Groove 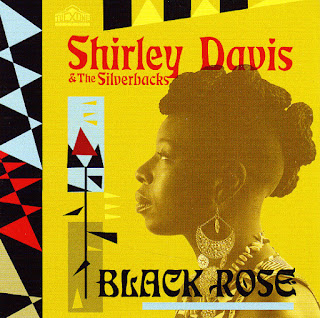 There must be something funky going down in the water in Spain – because in recent years, the nation's scene has given us some mighty hard-hitting funky artists – the best of whom may well be featured on this set! Shirley Davis isn't one of those easy retro soul singers – and instead steps out strongly as a voice that we're sure that we're going to hear plenty from in years to come – thanks to a righteous way of putting over a tune, and a classic sound that really lives up to the spirit of the album's cover! Davis is backed by Madrid's Silverbacks combo – a tight funk group who really hit all the right currents to really let her soar out in the lead – with a power that's much stronger than on her previous single with Deep Street Soul, which is the first time we heard her sing. Most tunes here are originals by the group – and titles include "Black Rose", "Two Worlds", "Pay For Your Love", "My Universe", "Burial Of A Dead Star", and "Make My Day". ~ Dusty Groove 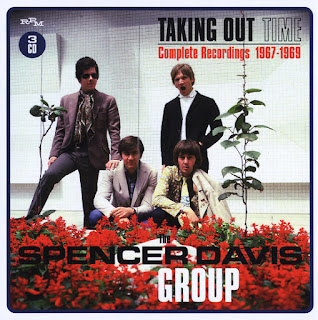 
Great work from the second chapter of The Spencer Davis Group – the time immediately after Steve Winwood left to form Traffic, and the combo stepped forward into some even headier music of their own! This period of the SDG isn't nearly as well known as their early hits – and the box set is a really surprising revelation overall – music that has some of the R&B currents of the earlier group, but which is also infused with a headier, trippier style too – not just in the instrumentation, but in the way the records are put together – with cool elements that space things out slightly, but never get too indulgent! The mix is a bit like that on the earliest work of The Move – or that shift that Small Faces were taking after moving to the Immediate label – and as with previous work from the Spencer Davis Group, there's as much great Hammond on the tunes as there is guitar, thanks to the talents of new member Eddie Hardin. Some of the best cuts almost hit a freakbeat mode – with a very cool mix of mod and psych – and the 3CD set features the full albums Funky and With Their New Face On – plus material from the Round The Mulberry Bush soundtrack, lots more singles, some BBC sessions, and even some alternate and unreleased tracks too. 68 tracks in all – titles that include "Letters From Edith", "Time Seller", "Taking Out Time", "After Tea", "Sanity Inspector", "What A Way To Die", "Firefly", "Magpie", "Groove Extra", "The Girls Song", "Don't Want You No More", "Der Wassermann", and "Picture Of Heaven".  ~ Dusty Groove