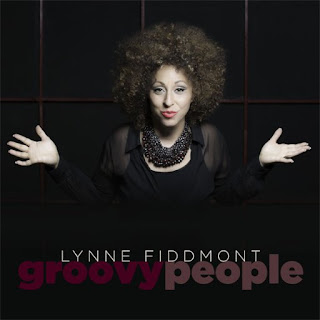 Vessels of love come no bolder, brighter or more beautiful than multifaceted singer, songwriter, arranger, and producer Lynne Fiddmont. All that pours forth from her essence is compassion and creativity of purest purposed beauty. Over a career that has seen her glide gracefully from sharing her vocal gifts at the service of world class artists such as Stevie Wonder, Natalie Cole, Bill Withers, Phil Collins, Barbara Streisand and Joe Zawinul to recording her own lovingly crafted projects Flow and Lady: A Tribute to Billie Holiday, Lynne generously ladles on the love, the laughter and the longitude in an artistic situation. Her fourth album, Power of Love, speaks to the many hues and dimensions of matters of the heart be it the brotherhood/sisterhood of global human existence or the slippery sensual space between lovers that shuts the world out like the most delicious of kisses.

Power of Love is an exquisitely balanced collection of hand-picked classic R&B covers that reveal some of Lynne’s influences and mentors, along with her freshly penned original soul songs that amplify and reflect precisely how those inspirations have helped to shape who she is today – as an artist and as a woman.

“I’m always thinking, ‘How did I get here,’” Lynne confesses. “There are so many great artists. How come I am here right now? Part of this project is about me going back to the songs that started me loving music. Too many younger people have been missing out on them so I try to bridge that gap. The other part of this project is about how I feel as I look around and wonder, ‘What in the world is happening in the world?’ I want to send a message of love to counter all the hate.”

The first single is Lynne’s take on “Groovy People,” the Philly Soul finger-popper from `76 penned by legendary team Kenny Gamble & Leon Huff for the late, great Lou Rawls. Making the song more her own, Lynne takes the groove in a decidedly more Motown direction, even using Diana Ross’ background singers Valerie Pinkston, Lamont Van Hook and Fred White. She also puts a deeper spin on that pesky term “groovy.” “The way you live and the way you accept others’ way of living - with love in your heart – that’s what I’m calling ‘groovy’,” she states. “Not overly concerned about how people make a living, who they love, what they look like or which religion they practice. Inclusion is the key. I also decided to record this song because singing with Lou Rawls was one of my first professional gigs.”

Among Lynne’s original songs on Power of Love is “Walking on Rainbows” which she composed with longtime writing partner/co-producer Andrew Ford. “My Power of Love Movement deals with the inside and the outside. I recently went through the breakup of a 10-year relationship,” she says softly. “’Walking On Rainbows’ is a personal message about loving yourself. That visual came from out of nowhere. Listening to Andrew’s music had me imagining hopping from one rainbow to the next – feelin’ good! I thought the song would be perfect for Mary Mary or Vivian Green. When that didn’t work out, I said, ‘I’ll do it!’”

Lynne was also recently in a nasty freeway accident – her car was totaled, landing upside down – yet she was blessed to walk away from it with only a broken nose. The scare reconfirmed the fragility and fleetingness of life, pushing her forward to start on this fourth album she’d been putting off. That urgency was heightened upon the passing of Natalie Cole who Lynne was singing backup for right up until her death on New Year’s Eve. Therefore, alongside sensual covers of classics by Minnie Riperton (“Lovin’ You” and “Memory Lane”) and Norman Connors (“Invitation”), Power of Love also includes profound selections by John Lennon (“Imagine”) and Stevie Wonder (“Ngiculela - Es Una Historia - I Am Singing”).

“Power of Love is a record but it’s also my inner life from which I am making a clear Love Movement, include things that have nothing to do with music,” Lynne shares: “random acts of kindness, adopting a ‘grand’ (i.e. elderly mentor or grandparent), using social media to spread love (#ilovegroovypeople). It may also turn into a one-woman show with songs or it may be a book. My passion is to work within my purpose to make situations better…more loving.”

St. Louis, Missouri-native Lynne Fiddmont graduated from Boston’s prestigious Berklee College of Music then moved to Los Angeles, landing her first gig with the Jazz Crusaders. She became an in-demand studio and touring singer working with the likes of Nancy Wilson, B.B. King, Whitney Houston, Elton John, Dave Brubeck, Babyface and Stanley Clarke (among many) - from “American Idol” to “The Grammys,” and at the White House for President Barack Obama. In 2006, Lynne Fiddmont released Flow on her own label, MidLife Records, followed in 2010 by her loving salute to Billie Holiday, Lady, and Spirit of Christmas (2012).