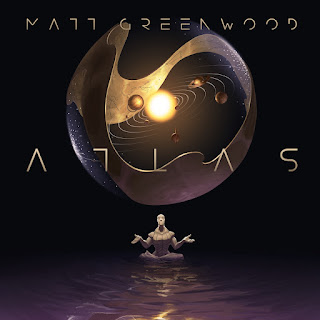 Originally from Harare, Zimbabwe, guitarist and composer Matt Greenwood is carving out a new sound in Toronto’s Jazz scene with his debut album Atlas. With a diverse musical upbringing, including performances as a teenager with Zimbabwean legends such as Oliver Mtukudzi and Forward Kwenda, Greenwood’s music is unhindered by geographical genre confines. The cinematic musical world of Atlas combines jazz improvisation with modern production aesthetics and a compositional approach that borders on contemporary classical music. The album consists entirely of Greenwood’s original compositions, brought to life by multiple combinations of musicians including Juno Award winning upright bassist Mike Downes, renowned drummer Mark Kelso and a long list of innovative up-and-coming Toronto and Montreal based musicians: Joshua Stanberry, Dhaivat Jani, Matt McCormack, Matt Dicker, Peter Holbrook, James Griffith, and Steve Carson. While most of the music was recorded live off the floor in studio, many of the tracks are augmented by an otherworldly landscape of overdubbed atmospheric guitar textures. Greenwood mixed the album himself to allow for a unique workflow where the lines could blur between composition, arrangement, and post-production. The main tracking sessions were engineered by Matthew Manifould and the album was mastered by Reuben Ghose. 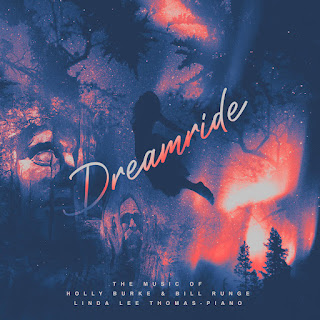 In 2020, in the early days of the COVID-19 pandemic and after a five year struggle with post-concussion syndrome, composer Holly Burke finally found herself back at the piano, improvising again. Her muse had returned. Re-invigorated, Burke shared a few new themes and unfinished compositions with musician and composer Bill Runge – a long time collaborator of Burke’s, now side-lined by the pandemic. Runge was deeply moved by the incredible beauty of these musical vignettes. Together, they began painstakingly crafting the compositions, sometimes doing as many as two dozen drafts until they were happy with the results. Their collaboration yielded twenty new pieces of music. Having decided to record this new music, they could think of no better pianist for the job than the great Linda Lee Thomas, the principal pianist with the Vancouver Symphony Orchestra since 1972 and member of the British Columbia Entertainment Hall of Fame.This collection draws from a variety of musical settings, including jazz, pop, tango, and various classical styles. It’s a fascinating and enticing body of work, with each piece akin to a miniature tone poem 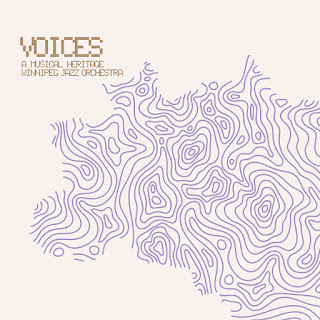 Voices – A Musical Heritage is the Winnipeg Jazz Orchestra’s sixth release since their inception in 1997. This album is a collection of commissions from eight jazz composers meant to reflect some of Manitoba’s musical heritage: First Nations, Metis, Ukrainian, Jewish, Chilean, Brazilian, Nigerian and Icelandic. Beginning with The Parallel Steppes, John Stetch’s creative three movement suite reimagines Ukrainian folk songs using chorale textures, fugue-like sections and exciting up-tempo swing. Throughout the album, the WJO weaves its way through the imaginations of each composer: an homage to Victor Jara in Rodrigo Muñoz’s Homenaje; an exploration of the ancient pentatonic scale in Jeff Presslaff’s The Living Mind; a celebration of community with Henry Onwuchekwa’s Oriri; sweeping, icy landscapes and folk music in Richard Gillis’s Shadows; Marco Castillo’s plea for protecting our Earth in Choro para Amazônia; the magical northern skies in Andrew Belfour’s Ishpiming; and the driving, relentless pursuit of Michelle Gregoire’s The Bison Hunt. 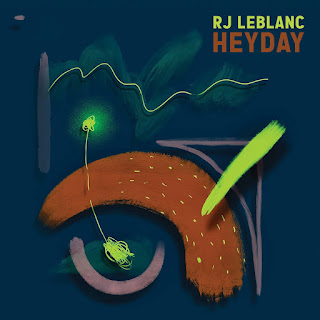 Bassist RJ LeBlanc has been a fixture of the Montreal jazz scene for 15 years, and is showing no signs of letting up anytime soon. In fact, he’s more active than ever, working with a wide variety of artists in a number of different styles, including the free jazz of Jean-Michel Pilc, the polished smooth jazz of Carol Welsman, and extensive work on the road with iconic Montreal rock bands like The Dears. Since 2005, LeBlanc has played on over 50 studio recordings, and has toured throughout Asia, Europe, the Middle East, and the Americas. A dedicated educator, LeBlanc is currently on faculty at McGill University. Heyday– LeBlanc’s 4th album as a leader – is his most ambitious project yet. The album represents a tapestry of the influences that have shaped his compositional process and improvisational style, from Nirvana to Caetano Veloso, and from Skrillex to Weather Report, with modern jazz as the underlying thread throughout. The eight songs featured on this album are a study in contrasts: Childlike and Into the Sun are reminiscent of the 90’s rock LeBlanc was raised on, while Saturnales is an ode to Weather Report co-leader Joe Zawinul; Casa Perdida and Heyday are features for vocalist Erika Angell, who brings to these pieces a vocal quality reminiscent of the great Patti Smith; Flamme and EZ Drummer are groove-based pieces that hint at R&B and dubstep; Chanson pour Marguerite is directly inspired by the ballad artistry of Paul Simon.