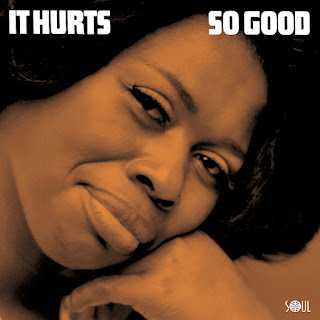 It Hurts So Good – Various Artists

It doesn’t always hurt to hurt…Soul 4 Real’s first venture into the albums market is as compellingly essential as the label’s impressive singles catalogue. Its 11 tracks explore every lonely street and losers avenue that soul music has walked down since the early 60s, tempering essays of heartbreak and love lost with the occasional glimpse of positivity and happiness. “It Hurts So Good” is very much in the tradition of those great 60s soul compilations where diverse strands of black American music sat side-by-side with each other, and still formed a satisfying listening experience despite their apparent disparity because, in the final analysis, the music mattered most. This album showcases just under a dozen goodies by some very big names in soul. It may well be that one or two of the tracks might be less than familiar to you, but you will know the artists – and you will know, too, that they will never let you down. Originally unissued tracks by James & Bobby Purify and Walter Jackson blend seamlessly with early essentials from Aretha Franklin, Willie Hutch and the Main Ingredient (as the Insiders). Soul 4 Real has delved into the deeper parts of discographies of legendary artists like Marvin Gaye, Dionne Warwick, Gladys Knight & The Pips and Esther Phillips to bring you songs and performances that are every bit as unforgettable as those that forged their reputations. And if you remain unmoved after experiencing the stellar offerings from the Soul Children and Lou Courtney, it may well be that you didn’t have a soul to begin with. In the song that gives this collection its title, the great Prince Phillip Mitchell wrote “it ain’t no good unless it hurts a little bit”. It’s true, and the ‘Hurt’ here really IS ‘So Good’…and then some… 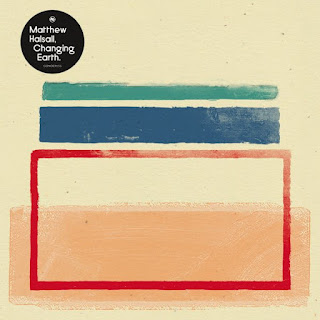 Four sublime tracks from trumpeter Matthew Halsall – all of which work together to give this EP release all the spiritual power of his full length albums! Halsall has a sense of majesty here that's undeniable – the continuing evolution of that style that's grabbed us strongly for over a decade, mixed here with flute and saxes from Matt Cliffe, Harp from Maddie Herbert, piano from Liviu Gheorghe, bass from Gavin Barras, drums from Alan Taylor, and percussion from Jack McCarthy. The harp and flute are especially nice, and the work has a style that's meditative, but modal too – really moving forward with some great gentle grooves – on titles that include "Yogic Flying", "Upper Space", "Positive Activity", and "Changing Earth". ~ Dusty Groove 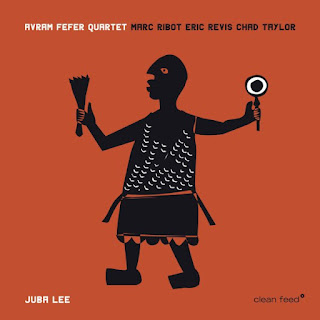 Guitarist Marc Ribot again joins the group of reedman Avram Fefer – a match that really seems to be a highlight in the recent careers of both musicians! Ribot's work in the group is maybe the most focused and meaningful we've heard from him in years – a really back-to-basics return to the strength of his sense of tone and timing – which also really seems to bring out a lot on Fefer too, especially when he hits these straight, soulful lines that come across with a richness that seems distinct from other projects. The rest of the group features the great Chad Taylor on drums – always a treat – and Eric Revis on bass – on titles that include "Juba Lee", "Sky Lake", "Love Is In The Air", "Gemini Time"- "Say You're Sorry", "Showtime", and "Bedouin Dream". ~ Dusty Groove 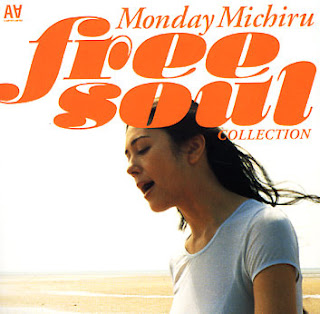 Monday Michiru is one of the few contemporary artists to get the Free Soul treatment – but that's more than ok with us, given the depth of her work, and her near-classic sound! The collection brings together some of the most soulful and deeply flowing tunes by Monday from the past decade or so – numbers that sparkle with a sense of life and joy that you'd be hard pressed to find in most other soul singers, even those from the current Neo Soul underground! A few numbers are more uptempo and dancefloor-oriented, but these are offset by others that are gentler and more introspective – performed in a great range of instrumental styles that really keep things fresh. CD features a few special versions of tracks, and titles include "Loving You (acoustic live version)", "You Make Me (single version)", "Play It By Ear", "Conversations With Myself", "Sunshine After The Rain (radio edit)", "Leaf In The Wind", "Chasing After The Sun (barefoot n pregnant version)", "Tattoo My Heart", "Changes", "Mermaid", "Maiden Voyage – Gone", "Stop N Listen", "Thinking Of You", and "How Deep Is Your Love".  © Dusty Groove