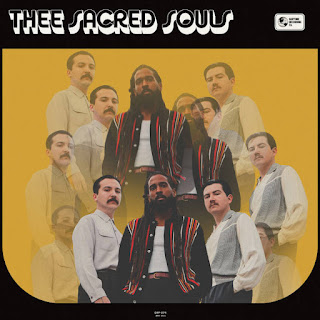 For Thee Sacred Souls, the first time is often the charm. The band’s first club dates led to a record deal with the revered Daptone label; their first singles racked up more than ten million streams in a year and garnered attention from Billboard, Rolling Stone, and KCRW; and their first fans included the likes of Gary Clark Jr., The Black Pumas, Princess Nokia, and Timbaland. Now, the breakout San Diego trio is ready to deliver yet another landmark first with the release of their self-titled debut on Daptone Records. “Every step of the way has just been so organic,” says drummer Alex Garcia. “Things just seem to happen naturally when the three of us get together.” Indeed, there’s something inevitable about the sound of Thee Sacred Souls, as if Garcia and his bandmates—bassist Sal Samano and singer Josh Lane—have been playing together for a lifetime already. Produced by Bosco Mann (aka Daptone co-founder Gabriel Roth), Thee Sacred Souls is a warm and textured record, mixing the easygoing grace of sweet ’60s soul with the grit and groove of early ’70s R&B, and the performances are utterly intoxicating, with Lane’s weightless vocals anchored by the rhythm section’s deep pocket and infectious chemistry. Hints of Chicano, Philly, Chicago, Memphis, and even Panama soul turn up here, and while it’s tempting to toss around labels like “retro” with a deliberately analog collection like this, there’s also something distinctly modern about the band that defies easy categorization, a rawness and a sincerity that transcends time and place. 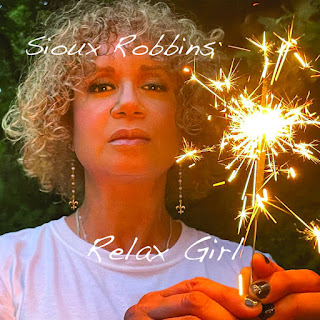 Singer songwriter Sioux Robbins spent her earlier days performing in jazz clubs and cocktail lounges in Philadelphia and Atlantic City, singing jazz standards. Her dark contralto to silky soprano runs the gamut of Nina Simone, and Sade, to Roberta Flack and Anita Baker. Her music is born out of the classic writing styles of Carole King and Paul Simon while it pushes forward into the now of Solange and Janelle Monae.  Her lyric writing is poetic and thought provoking, and the music is fresh and nostalgic at the same time. Her vocals reveal a sound uniquely her own. "As I Breathe,: is a breezy Latin; "Scares Me," is a Pop/R&B ballad reminding us all that, yes, new love can be scary. The Doobie Brothers cover "It Keeps You Running" is a sexy, bump and grind, old school R&B ballad. "Relax Girl," the title track, is an uplifting pep talk that launches into a jam on the bridge. "All the Time in the World" is a chill Latin with clever lyrics and a memorable hook. "Gentleman Friend" is a pop ballad about a crush. "Ultimatum" is the icing on the cake, a blend of EDM and Latin. This debut album shows not just her strength as a singer but her possibly greater strength as a songwriter 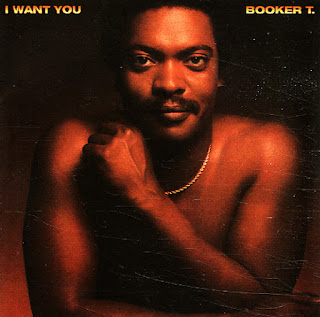 Booker T - I Want You (with bonus tracks)

An early 80s gem from Booker T – and continuing proof that he made some mighty nice music after he split from the MGs! This set's got Book grooving in a sweet Cali mode all the way through – a vibe that's warm, yet never sleepy at all – and blended with just the right touches of funk and jazz to keep things hip, and give the album way more depth than you might expect! There's some surprising fusion touches at times, but the album always has a great focus – and if anything, reminds us of some of the best soul sides on Capitol Records of the time – particularly those influenced by earlier funk on Blue Note. Booker handles vocals, keyboards, and guitar – plus most of the arrangements too – and the album's got a sweet stepping groove that's mighty nice all the way through! Titles include "I Want You", "Treasure Chest", "Don't Stop Your Love", "Electric Lady", "You're The Best", and "I Came To Love You". ~ Dusty Groove 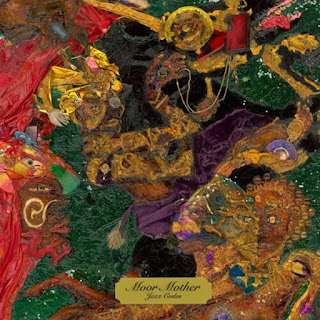 Moor Mother's an artist who just keeps on getting more and more interesting with each new release – definitely in a genre that's completely her own – one that lives up to the spirit of west coast underground pioneers in recent decades – and, as with those artists, seemingly finds a sonic space that none of us knew existed! Under her real name, Camae Ayewa, Moor Mother has roots in musical education in the world of higher learning – and here, she's managed to draw together many strands of that experience into a voice that's not only all her own, but completely organic and laidback too – a mixture of hip hop, soul, spoken word, and some of the jazzier currents promised in the title. Nearly every single track features a collaboration – artists include Nicole Mitchell, Melanie Charles, Jason Moran, Wolf Weston, and many others – and titles include "Woody Shaw", "Ode To Mary", "Umzansi", "Golden Lady", "Blame", "Blues Away", "Dust Together", "Arms Save", "Barely Woke", "Rap Jasm", and "Joe McPhee Nation Time Intro". ~ Dusty Groove