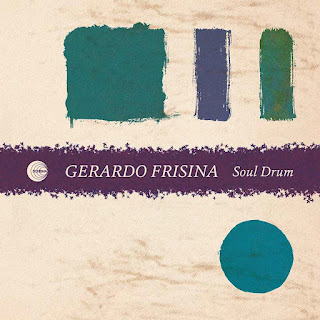 For a prolific artist as Gerardo Frisina, almost two years without a new release from him seems like an eternity: this brand new 12′′ EP entitled “Soul Drum” breaks the silence, giving us three new works composed by Gerardo, four if we consider the two versions of the title track. This EP anticipates the full album already in the works, scheduled for release at the end of 2022. Without losing his Latin trademark, Gerardo continues his research into hypnotic and pulsating rhythmic patterns in both acoustic and electronic form, which are now a fundamental stylistic element of his. As on his previous album “Moving Ahead”, the rhythmic style blends naturally with echoes of tribal voices, piano keys and wind instruments (trumpet, saxophone, flute), creating the “Joyful Sound” (title of the forthcoming album) that reverberates on the surface. 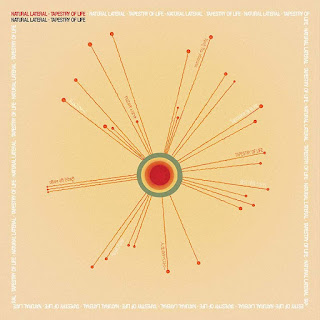 Social Joy Records presents Natural Lateral's new album 'Tapestry Of Life', a superb excursion in fusion jazz with a wonderful blend of electronics and subtle elements of spiritual jazz. Undeniably on the rise after the success of their first album, ‘Cogito Ergo Jam’, which received support from the British Jazz scene and was featured on Gilles Peterson’s BBC 6 music show, the North- London based collective goes a step further this time by carefully crafting a new release of a tapestry of music stemming from rich jam sessions at the Lazy Robot Studio and representing the band's phenomenal musical canvas. Echoing jazz legends like Azymuth, Roy Ayers, Alice Coltrane and Miles Davis by paying tribute to those who paved the way but always searching for new musical territories, this six-track LP is moving, thougg and engaging. It is a musical quest where each band member searches for meaning through rhythm and sound - giving a new life to jazz music and dropping the full spectrum of a vibrant tapestry of life into the listener's ears. The release moves through elements of vintage, yet also involves sophisticated sound production fusing jazz with modern dance and world music sensibilities. The first track lifted off the LP is ‘Rendez-rio’, a feel-good summer track of Bossa. The superb Rhodes keys adds a Samba cadence to the track where one feels easily transported into a musical dream landscape – offering a "rendez-vous" in Rio de Janeiro. "Take the Train Eh", is an arrangement crafted around Strayhorn’s A Train, embellished with the dense, freewheeling arranging style of Don Thompson - himself on vibraphone. The band plays with the precision and electrifying energy of a high-speed commuter train jetting from one station to the next. Thompson solos brilliantly on vibraphone – followed by a classic Kirk MacDonald performance that straddles the landscape between Dexter Gordon and Wayne Shorter, and a third solo by trombonist Terry Promane, punctuated by an intervening series of Thompson interludes and extensions, leading to a final rousing eight bars of A Train. The Jazz Report debuted as a three-hour Thursday afternoon radio show on the campus of the University of Toronto in 1986 at CIUT 89.5 FM, produced and hosted by Bill King. By 1988, the show had transformed into an international jazz magazine – The Jazz Report Magazine which had an 18-year run, and in 1989 a nationally syndicated radio show heard in 26 Canadian cities—The Jazz Report Radio Network. The late ‘80s were a time of extraordinary growth in Canadian jazz, in that countless musicians broke away and began recording, producing, and pressing their own music. Most attached to a collective. In 1990, King received a request from an event planner to assemble a jazz entity for Roy Tompson Hall - a night of socialites and dignitaries fundraising for a select charity. The dollars earmarked for the music portion covered the hiring of a ten-piece ensemble, of which King called the Canadian Jazz Orchestra. The occasion was also significant in that King played on Glenn Gould’s Yamaha concert grand, notably bequeathed to the hall by Gould himself. The collective performed live on two occasions—once at the Du Maurier Downtown Jazz Festival in 1993 and the Montreal Bistro over two nights in July 2000. 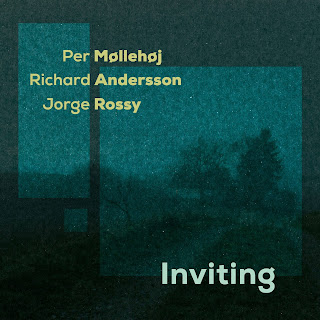 With roots in Denmark, the Faroe Islands and Iceland, Copenhagen-based bassist Richard Andersson brings together legendary drummer and ECM recording artist Jorge Rossy with in-demand guitarist Per Møllehøj for “Inviting”, a true homage to the giants of jazz out August 12th. Turning to music aged 14 after a firework accident left him blind, he found his way into jazz first through Keith Jarrett and, later, the live recordings of pianist Brad Mehldau. The drummer on the latter's albums, alongside bassist Larry Grenadier? None other than a young Jorge Rossy. "I loved the way Larry Grenadier and Jorge Rossy played with such a natural feeling and groove,  even when in an odd meter. I studied this a lot back then and to be able to perform with Jorge Rossy himself (and to put some of those tricky rhythmic ideas on record!) is a thrill. And, to top it off, “inviting” my long-time friend Per Møllehøj to join us on guitar is a big honor for me.” It’s perhaps unsurprising given the preferred format of his music idols that he brings together a classic trio line-up for the recording. But it’s by no means a copy of those past greats. Leading with guitar instead of piano, the trio gives a fresh improvisational twist to some oft-underused jazz standards in addition to four original compositions by Møllehøj and Andersson. Bebop tune Conception gets a mid-tempo modern treatment, with Andersson’s virtuosic bass chops doubling the melody. Like Someone In Love undulates between sparse ballad to downtempo swing, whilst a cooking version of the tune You’re My Everything highlights the jazz tradition credentials of all involved. “To have Per Møllehøj and Jorge Rossy in a trio setting playing standards and alike is probably as close to a perfect musical situation as you can get for a bass player like me.” Described as “one of the most interesting characters of the Danish jazz scene” by Gaffa Magazine, you’d have to imagine the feeling is mutual!