The Kyoto Jazz sound just keeps on getting better and better – from the time 20 years back, when it was a visionary club movement spearheaded by Shuya Okino – to the point now where it's focused into a core jazz combo that brings beautiful new life to Okino's music! The group are a wonderfully strong combo – with trumpet, tenor, piano, bass, and drums – a quintet at heart, but with Okino's leadership as the sixth sextet member – as well as guest work from some other players in the Japanese scene. But maybe the most amazing aspect this time around is the return of vocalist Navasha Daya – who you might remember from the sublime Fertile Ground group years back – and who contributes fantastic lyrics to two tracks on the set – pushing the already righteous energy of the instrumental jazz on the record into even more positive territory! Daya sings on two of the album's nine tracks – which might be worth the price of admission alone – but the rest of the group is wonderful, too – and titles include "We Are One", "Ancient Future", "Mission", "Song For Unity", "Peaceful Wind", 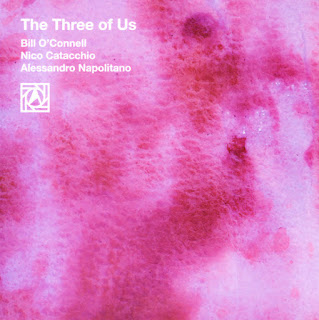 You might recognize pianist Bill O'Connell from some of his bigger label recordings in recent years – but this set's a very special one, recorded for the excellent Albore label, and done in Italy – with a vibe that's maybe more lyrically flowing than we're used to hearing from Bill! The group's a trio – with Nico Catacchio on bass and Alessandro Napolitano on drums – both players who revel in that loose swing that we've always loved from the European scene. Bill's hands on the piano are breathtaking – wide in their scope, and very deft – but never overstating their strengths, and instead just wonderfully working their way through this larger sonic flow. The set includes the original tunes "Lost In Taranto" and "Piccolo Porticciolo" – plus "Estate", "Solar", "Blue In Green", and "Love For Sale". ~ Dusty Groove 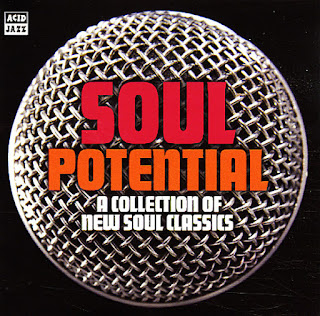 A whole new set of mod soul smokers – contemporary cuts, but mostly recorded with a vibe that hearkens back to the sound of London in the 60s – which means plenty of influence from Motown and other Northern Soul sources, plus an occasional touch of jazzy Hammond too! These tracks are all recent, but really showcase the Acid Jazz talent for getting an older style right – not exactly pure 60s, but more the best Brit blue-eyed modes – of the sort you might have heard when Style Council could hit a groover like this, or when some of the more recent Acid Jazz acts are at their best. Titles include "Pandora" by Men Of North Country, "Girlfriend" by The Filthy Six, "Return To Space" by Twisted Tongue, "Ordinary Joe" by Jasmine Kara, "No More Heroes" by Night Trains, "From Now On" by Magnus Carlson, and "Sex Is On Fire" by Jerk Juice. ~ Dusty Groove