A great 60s album from pianist Eddie Higgins – one of his few records for Atlantic, and a set that definitely lives up to the seductive power of the title and cover! Eddie's maybe a bit more creative and open here than on some of his other records – more in a Chess Records trio mode than especially his later, more lyrical sides – with great work on rhythm from Richard Evans on bass and Marshall Thompson on drums! The album really reflects Higgins' placement on the Chicago scene of the 60s – and he's got a surprisingly strong left-handed groove at times – on titles that include "Soulero", "Tango Africaine", "Mr Evans","Love Letters", and "Shelly's World". (SHM-CD pressing!)  ~ Dusty Groove 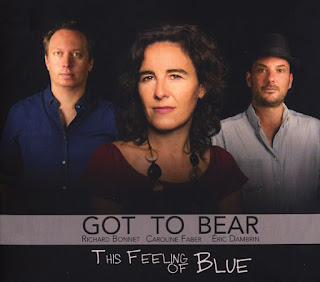 An interesting singer, with an approach that's definitely all her own – one that has Caroline Faber singing alongside just the guitar or Richard Bonnet and drums of Eric Dambrin – both players who can be abstract at some points, and nicely laid back at others! We like that second style the most – as the instrumentation creates this very spacious quality that let's Faber's vocals spread out and flower – almost with a post-jazz sort of mode that reminds us of 70s records on the ECM and Saravah label! One track does pick up a nice, but spare groove – a wickedly cool remake of Marlena Shaw's "Woman Of The Ghetto" – and other tracks include the originals "Psychotic", "J'En Sais Rien", and "Il Bat" – plus nice takes on "Feeling Good", "Cotidiano", and Serge Gainsbourg's "Black Trombone".  ~ Dusty Groove 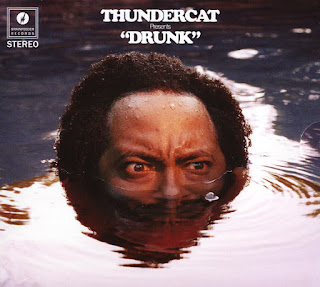 Fantastic work from one of the most compelling mainstream talents in recent years – an artist who can get wide fame and acclaim, yet keep on pushing the boundaries into fresh new cosmic territory! This album may well be Thundercat's masterpiece – not just a summation of all the ideas and areas he's explored in the past, but also kind of a re-filtering of other modes as well – including the more spiritual and jazz-based territory that he's moved towards, especially when working with others! Yet there's nothing here that's an easy copy of another style, or another's work – as the whole thing bristles with a personal newness that's wonderful – even when Thundercat is getting help from guests who include Kamasai Washington, Flying Lotus, Wiz Khalifa, Pharrell, and Kendrick Lamarr – as well as some especially nice work from AOR legends Kenny Loggins and Michael McDonald. Titles include "I Am Crazy", "3AM", "Rabbot Ho", "Bus In These Streets", "Lava Lamp", "Jethro", "Show You The Way", "Drink Dat", "Jameel's Space Ride", and "Tokyo". ~ Dusty Groove