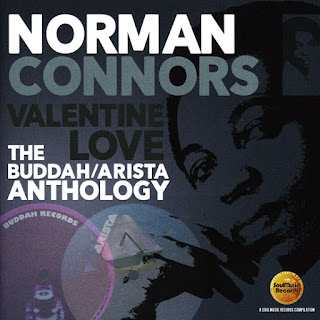 A fantastic collection of work from Norman Connors – a musician who first started out playing drums in spiritual jazz groups at the start of the 70s, then moved on to take over the worlds of funk and soul! Connors' material of this time was essential at bringing a new sort of depth to soul music – taking some of the lessons learned in the farther reaches of the underground, and working them into a new tapestry of sophisticated expression – sounds that were able to fold together lots of styles and spirit, and help elevate their audience at the same time. This package might be the best we've ever seen to bring together Norman's work of the period – as it also includes some of the Aquarian Dream and Starship Orchestra recordings, as well as Connors tracks with singers who include Michael Henderson, Jean Carn, Gloria Jones, Prince Philip Mitchell, Phyliss Hyman, Eleanor Mills, James Robinson, Al Johnson, and Beau Williams. 34 tracks in all – and titles include "So Much Love", "Dindi", "Saturday Night Special", "We Both Need Each Other", "Captain Connors (12" version)", "Say You Love Me", "This Is Your Life", "Stella", "Handle Me Gently", "Your Love", "Invitation", "Be There In The Morning", "Take It To The Limit", "Mr C", "She's Gone", "You've Been On My Mind", "Melancholy Fire", "Romantic Journey", "Slewfoot", "Give The Drummer Some", "Valentine Love", "Once I've Been There", "Phoenix", "Once Again", "You Are My Starship", "Betcha By Golly Wow", "Kwasi", "Maiden Voyage", and "Disco Land.” ` Dusty Groove 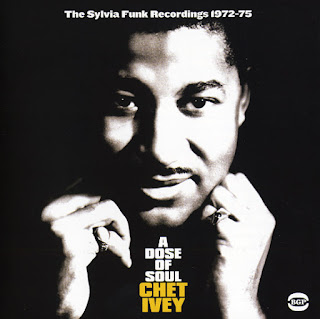 The first-ever collection to focus on the work of this lost soulful genius – an artist whose name never made the history books, but who we can always trust when we see it on the label of a funky 45! This set brings together most of those great singles from the early 70s – a wicked run of sharp-edged, always-biting numbers that Chet Ivey recorded for the Sylvia label – run by old school tenor wailer Al Sears! Both Chet and Al had years of experience in music before these singles – but refocus their energy in a badass version of 70s funk – clearly inspired by the James Brown and blacksploitation styles of the time, but given a very special spin, thanks to Chet's personality and way of putting over a tune. The instrumentation is every bit as important here as Ivey's vocals – and titles include "Funky Chit Chat (parts 1 & 2)", "Recipe To Get Down (parts 1 & 2)", "Bad On Bad", "So Fine", "Movin", "When Love Comes Home", "Dose Of Soul", "Party People (parts 1 & 2)", "Get Down With The Geater (part 1)", "Been So Long", "He Say She Say", and "Don't Ever Change". ~ Dusty Groove 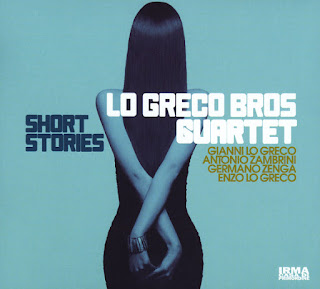 A great new spin on the sound of the Lo Greco brothers – a duo you may know from albums a decade back on Schema Records – stepping out here with an approach that's even more mature and soulful than before! Even before, the Lo Greco quintet and quartet albums were some of the straighter jazz sides on Schema – but here, the brothers have turned into a fantastic jazz duo – and work with really wonderful tenor sax from Germano Zenga – a player we don't know at all, but who really give the album a spiritual depth that we never would have expected years before! Gianni Lo Greco is great on drums, and Enzo Lo Greco serves up some beautiful basslines to get the music moving – and pianist Antonio Zambrini rounds out the sound with a mix of modal and lyrical styles. Titles include "First Light", "Stolen", "Visions", "Sunrise", "Bye Bye My Friend", "Bamboo",a nd "The Dancer". ~ Dusty Groove