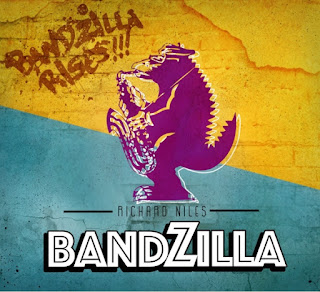 Composer Richard Niles has released the highly acclaimed album “BANDZILLA RISES!!!” Jazz Weekly says “BANDZILLA is hip to the bone!” while Music Street Journal says BANDZILLA “is killer jazz fusion that just plain rocks!…incredibly strange but also very cool.” Cherry Pop calls it “one of the most adventurous albums I have ever heard,” while Midwest Record says, “thinking man’s pop that also provides heat for the feet… killer stuff throughout!”

Now Niles has released two new videos from the album:
In YOU CAN’T GET THERE FROM HERE,
https://www.youtube.com/watch?v=9lDYluRQNoY  jazz-icon Randy Brecker sings and plays stellar trumpet on this funk groove that satirizes corrupt politicians, and the “.1%”.

In LIVE AS ONE, https://www.youtube.com/watch?v=wNUrqGuPPU4&feature=youtu.be, released on Martin Luther King’s birthday, Niles echoes his “dream” that all races and religions can someday live in harmony. Sung by Kim Chandler and Niles, this sentiment is expressed with furious funk and a blistering solo from Incognito’s sax star Nigel Hitchcock. Featured in the video are Martin Luther King, Muhammed Ali, Niles, Chandler and Bandzilla trumpeter and co-producer Johnny Thirkell. Watch out for images of peace and love from Woodstock and from the United Colors of Benetton!

Multi-Grammy winner Pat Metheny has called Richard Niles “one of the best composer/arrangers around and a truly exciting musical force.” For his jazz work with Metheny, Bob James, John Patitucci, Martin Taylor, Billy Cobham, Jane Monheit and Bob Mintzer, and his work on over 40 pop hits, Sound on Sound called Niles “the most versatile man in modern music.” Says Beatles legend Paul McCartney, “Richard Niles is a great orchestrator and musician and a pleasure to work with.”

The new album, “BANDZILLA RISES!!!” is an unparalleled musical event - music that defies definition performed by artists beyond category.