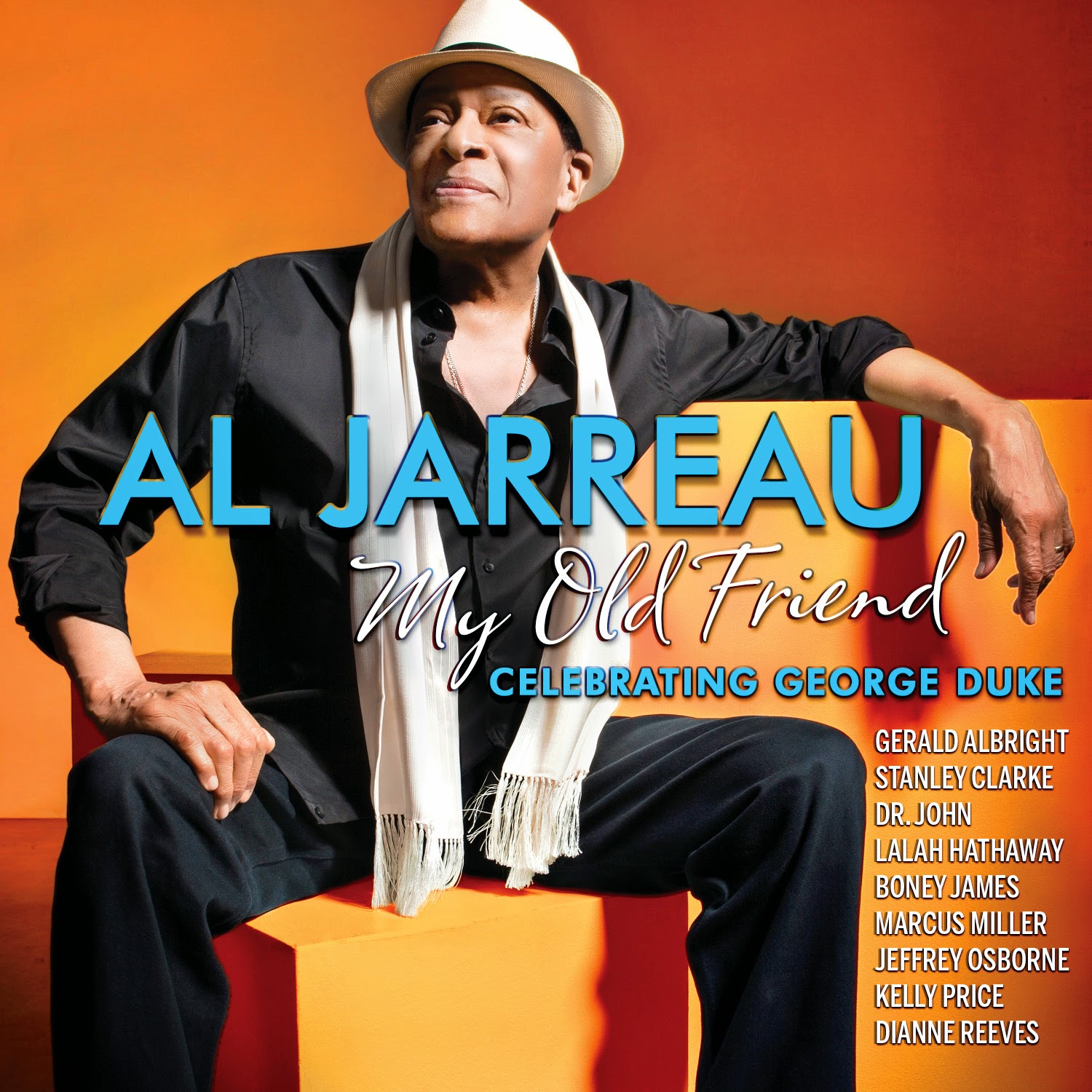 The world of music was forever changed in 2013 with the passing of legendary keyboardist, composer and producer George Duke. This year, Al Jarreau, famed vocalist and long-time friend of Duke, re-interprets some of Duke’s renowned catalog of post-bop, jazz-fusion, R&B and Brazilian jazz with My Old Friend: Celebrating George Duke set for release August 5, 2014. Produced by John Burk, Stanley Clarke, Marcus Miller and Boney James, this work also hosts a stellar blend of guest artists including Gerald Albright, Dianne Reeves, Marcus Miller, Lalah Hathaway, Jeffrey Osborne, Kelly Price, Dr. John, and more, with a special appearance by George Duke on the track “Bring Me Joy” which also features Boney James. The album will be released by Concord Records in August 2014.

My Old Friend will surely extend the legacy of George Duke as well as become another crowning jewel in Jarreau’s own distinguished repertoire. “There are great moments all over this project,” Jarreau says proudly. “I couldn’t possibly cover George’s full range. But I wanted to give people a fun listen with his music for Duke’s diehard fans to once again, enjoy themselves through his music.” The album is now available for pre-order and is part of a Pledge Music campaign where Jarreau is offering fans a first listen, signed CDs, VIP packages and more.

Jarreau first met Duke in 1965 when he moved to San Francisco from his hometown of Milwaukee after a stint with the U.S. Army Reserves. Jarreau was working as a social worker and a rehabilitation counselor while also pounding the San Francisco streets for jazz gigs. A young Duke was already making a name for himself in the city by playing weekends at the Half Note. One Sunday night jam session, Jarreau came upon stage and tore it up. The club owner immediately asked Jarreau if he would be willing to join George Duke’s trio on a regular basis. Jarreau leaped at the opportunity and worked with the George Duke Trio for three years, evening recording a live LP. “We played together three years at that club; it closed in 1968 and George and I moved on. But that was a very important period for me,” Jarreau recalls.

Jarreau is also lining up a series of U.S and European tour engagements and below is what is on the schedule: