Marsha Bartenetti | “One Day At A Time” 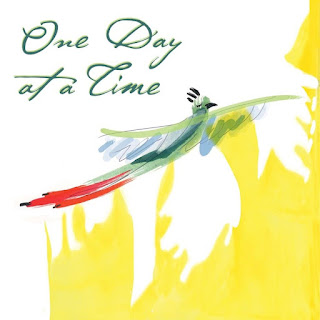 The dramatic strings that open vocal interpreter Marsha Bartenetti’s “One Day At A Time” set the stage for the single’s contemplative reflection post-breakup. Released last Friday (May 6) from the Lo-Flo Records album “Marsha Bartenetti sings McNealy & Kuhns,” the ardent song composed by Jane McNealy is a mélange of jazz, Latin and Afro Cuban music elegantly voiced by Bartenetti. Vocal and instrumental versions of the track were released, and a video will soon follow.

Bartenetti was drawn to the album project that was recorded with a full orchestra in Studio A at Capitol Records by McNealy and songwriting partner Alice Kuhns’s authentic storytelling lyrics and intrinsic melodies beautifully wrapped in a package of Mike Watts’ eloquent orchestrations and arrangements. The critically praised collection offers a refreshing sound that reminds listeners in this time of distraction that matters of the heart are still the pulse of life itself.

“‘One Day At A Time’ is a song that catches us right in the midst of disorientation and confusion when a love suddenly ends, before we have a chance to process what has happened and regain some kind of perspective. It is like wandering in some kind of bizarre dream. Life goes on - the sounds, the bustling life on the streets - but you are utterly in shock and can't make sense of it all yet. Unrequited love may be the deepest cut of all when you have given your heart and it is not returned or, in fact, if it is spurned. Jane’s song captures that devastating moment immediately after a breakup and is a call to take it one day at a time while the shock and disorientation of losing your lover swirls around you,” said Bartenetti.

Legendary jazz singer Sarah Vaughan sang “One Day At A Time” along with three of the other songs that appear on “Marsha Bartenetti sing McNealy & Kuhns.” According to McNealy, the original concert performance was much more of a straight-ahead jazz cut, and Watts’s inventive orchestration and arrangement took the song in an entirely new and fresh direction.

“Although Mike is a jazz pianist, his concepts for a 50-piece orchestra are more nuanced and layered. We went over his score many times and I liked the idea of enhancing the bossa nova feel, picking up rhythm in the middle of the song and then keeping it going to the end. The core idea was that my chord structure would always be the backbone of the arrangement. At the time I wrote ‘One Day At A Time,’ I had just begun composing and working on esoteric and dissonant chord changes with melodies almost incongruous to the accompanying arrangements,” explained McNealy.

Love, romance and relationships are the subject of many of the pages in the McNealy and Kuhns songbook, which consists of jazz, pop, soul, funk and folk music written for records, theater and film. McNealy finds the subject matter a constant source of inspiration.

“When you’re young, you’re either in love or falling out of love, a universal theme that interests everyone. As a writer though, one of the reasons I started writing musicals was to get more variety in the stories and lyrics that I was putting to music. The entire process is a great challenge and a great source of inspiration. You never run out of ideas You can’t be in love forever; it’s too exhausting.”

“Marsha Bartenetti sings McNealy & Kuhns” is available now on CD and digitally at iTunes, Amazon and all major retail outlets. It will be available on vinyl this summer.