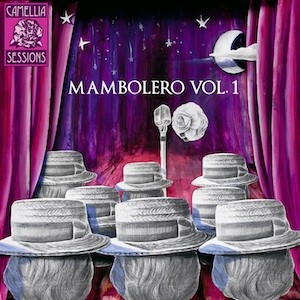 The Camellia Sessions aims to let listeners experience some of the world's best known music through the reinvention and "re-living" of classic music tracks. Camellia Sessions has selected songs from throughout many decades and genres to re-record for a multi-volume jazz, world and lounge music series. Available digitally only, the first three volumes in the "Camellia Sessions" collection - Neo.Son, Charlie Sepulveda After Hours and Mambolero Volume 1 were all released on October 25th, 2011.
The Camellia Sessions blossoms, re-living the spirit of true musical classics through fresh, contemporary productions and creative visuals. Especially crafted for a global audience, these are essential "Re-lived" versions of the classic songs which usher you to the fondest of memories. Re-lived Music is more than just a new music genre. It is the music that you grew up with, remixed and remade in a way that gives justice to the original song. Re-lived Music has the presence of the original song while still remaining an updated new version of it. If that "feel good" feeling is lost then one could say the song was remade, covered or remixed, but not Re-lived. All of the best musical standards can be "Re-lived" when an artist or musician truly creates a modern version of a classic track. 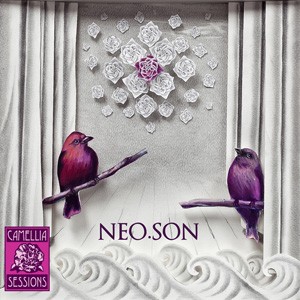 Produced by peermusic Miami's Creative Director Julio Bague, the Camellia Sessions will revive the spirit of true classics through fresh, contemporary productions and creative visuals designed by critically acclaimed artist Sinuhe Vega. Vega's work incorporates a multi-medium, layered process including sculpture, paint and photography, all culminating in what creates a sensory experience for viewers. Said Bague, "The goal of the Camellia Sessions is to provide classic master recordings with a new creative spin through a line of albums - released periodically and only digitally - containing new versions of these songs performed by various artists. By creating these albums aimed at the club and lounge crowds, we hope to introduce some of these classics to a whole new generation of listeners while maintaining the integrity of the originals." 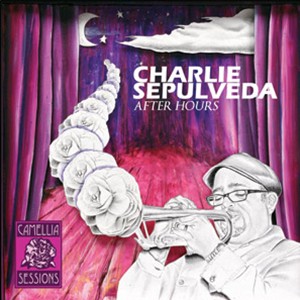 Neo.Son, the first of the releases, includes classic songs made famous by the likes of Buddy Holly ("Everyday"), Nat King Cole ("Perfidia"), Donovan ("Mellow Yellow"), Desi Arnaz ("Babalu"), Sammy Davis Jr. ("You Are My Sunshine") and more, which have been re-lived by sultry female vocalist Natascha Bessez and eclectic programmer/keyboardist Gabó. The remixes give these classics an electro, loungy, fun and sensual feel. "Mellow Yellow" will be the first single release off of the album and a music video will follow.
In After Hours, featuring the trumpet of Charlie Sepulveda and accompanying guitars, jazz classics such as Hoagy Carmichael's "Stardust," Ray Charles' "Georgia On My Mind," Tony Bennett's "Skylark" and Xavier Cugat's "Cachita" are revisited with a jazzy, laid-back approach perfect for the wine and club crowd.
Mambolero Volume 1, featuring signature mambos and boleros made famous by the likes of Tito Puente ("Ran Kan Kan"), Rafael Hernandez ("Enamorado De Ti"), Perez Prado ("Pianolo") and more, have all been re-recorded in an updated yet classic style by a variety of artists. "These are songs you listen to while you live your life. Don't take a moment to listen, listen as you enjoy the moment. Just as the camellia is an international flower, the Camellia Sessions will surely resonate with a global, grooving audience."
http://www.camelliasessions.com
Posted by Jazz Chill at 11:19 AM