BARRINGTON LEVY - IT'S ABOUT TIME 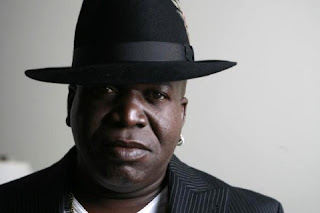 Levy’s fans have been long waiting for this album for nearly 17 years. His new album, It's About Time, is full of heavy hitters such as Snoop Dogg, Damien Marley, Jada Kiss, Busta Rhymes just to name a few. The album is releasing under Barrington’s Entertainment company, “Black Roses Entertainment.” The company is a music and video digital distribution company and also produces content in the motion picture industry, broadcast and online media markets. The lead single, Love Me Like This was recorded in California in 2010 where when both icons came together to make this reggae tune. The song speaks of a girl's love, with Barrington Levy's strong vocals resounding off the soothing reggae rhythm. Combined with the late and iconic Heavy D vocals, the two artists have created a true recipe for a hit track. With Heavy D's recent passing, Barrington Levy sends his condolences to the family, as he wishes to show his respect by sharing the work that they did together and the magic they created with the rest of the world.
Caesar Augustus, creative director at Augustus Films & Aura Media Group is producing Barrington’s music video entitled “Healthy,” featuring Damien Marley. Augustus also also directed Barrington’s last video “No War”, featuring Konvict’s artist Kardinal Offishall in early February in Philadelphia, Pa. “Healthy” goes into production mid January 2012 and is set to be his first single of his new Album. The music video will be filmed near Levy’s hometown in Jamaica. “A raw, original reggae look is what I am looking for and Jamaica can give us the look we need. I have two legendary reggae artists involved so it has to be authentic and represent the culture to the fullest,” states director Caesar Augustus. The video is set to release on MTV & VeVo in February. In February of 2012, Black Roses Ent. & Aura Media Group begin production on Levy’s documentary entitled “Barrington”. The 90 minute documentary features an exclusive invitation into the history and making of legendary reggae artist. Cameras will follow Barrington worldwide during his European tour promoting his new album.
Posted by Jazz Chill at 10:23 AM