NEW RELEASES FOR THE NEW YEAR

January 13 – A new Dean Martin collection of 14-themed songs just in time for Valentine's Day is being assembled by Hip-O . Songs include, You Made Me Love You (I Didn't Want To Do It); I've Grown Accustomed To Her Face ;For Once In My Life; I'm Confessin' (That I Love You); Somewhere There's A Someone ; For The Good Times ; Besame Mucho; The Glory Of Love; I Will; Release Me; I'll Be Seeing You ; You'll Always Be The One I Love; I Don't Know Why (I Just Do);Everybody Loves Somebody . 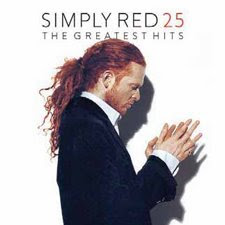 Blue Note will mark their 70th Anniversary with a single disc, eight-song collection of music called Mosaic: A Celebration of Blue Note Records. This set will draw from the list of notable Blue Note artists by re-recording some of their more classic songs with the assist of The Blue Note Seven. The group is comprised of current Blue Note artists Bill Charlap, Nicholas Payton, Ravi Coltrane, Steve Wilson, Peter Bernstein, Peter Washington, and Lewis Nash. They will also embark on a 51-date tour.

January 20 - Verve Records will release Volume Three of The Impulse Albums by John Coltrane. The following titles are set for release: The John Contrane Quartet Plpays (1965); Meditations (1966); New Thing At Newport (1966); Kulu Se Mama (1967); and Ascension (1966), which contains both released versions of the album. hese albums are re-mastered and are specially priced digipaks with original LP design. Also on January 20 Concord Records wiil release a 10-track album by saxophonist, Benny Colson, entitled New Time, New ‘tet. Concord Records will release the new album by Jane Monheit called The Lovers, The Dreamers and Me.

January 27 - Due from Verve Records on January 20 are a collection of remastered albums all specially priced with digipak packaging that emulate the original LP art, these include: Satchmo at Pasadena (Louis Armstrong); Ubiquity (Roy Ayers); Chapter One: Latin America (Gato Barbieri); On My Way & Shoutin’ (Count Basie); Feels So Good (Grover Washington, Jr); You’ve Got it Bad, Girl (Quincy Jones); Oscar Peterson & Nelson Riddle (Oscar Peterson and Nelson Riddle); Blues in the 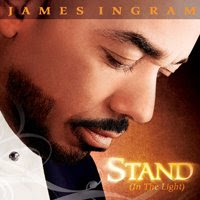 Closet (Bud Powell); Let it Be Me (Nina Simone); and Dynasty (Stan Getz).

From Rhino is Seduction: Sinatra Sings Of Love, availailable in both CD and 2-CD Deluxe Edition; Ultimate Love Songs: The Very Best Of Jim Brickman by Jim Brickman; and Stand (In The Light) from James Ingram.

February 3 - Blueprints of Jazz, Vol 1 (Talking House Records) by Mike Clark;; At Last (Telarc) by Ann Hampton Calloway; Amparo (Decca) by Dave Grusin and Lee Ritenour. In celebration of their 25th anniversary, Razor & Tie is set to release Simply Red: The Greatest Hits The compilation will contain 17 tracks including, “If You Don’t Know Me By Now,” and “Holding Back the Years.” Boney James will release a collection of love songs entitled Send One Your Love (Concord).

February 10 – The Moon Came Last Night Dropping Its Clothes In The Streets (ECM) by Jon Hassell. The complete Ben Harper discography is set for re-release in vinyl LP format. Albums include Alone (Live EP); Both Sides Of A Gun; Burn To Shine; Era (Live EP); Diamonds On The Inside; Faded Era (Live EP); Fight For Your Mind; Lifeline; Live From Mars; There Will Be Light’ Welcome To The Cruel World + 7; and Will To Live (Live EP). Also set for release on February 10 is Decade (Emarcy/Universal) by Clifton Anderson.

May – Elvis Costello’s latest – The Secret, The Profane, and Sugar Cane