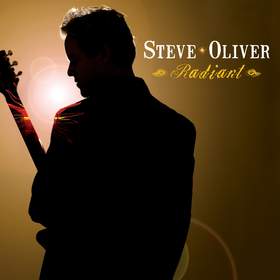 luded numerous tracks featuring fairly lavish production, this time Oliver committed the project's design to a slightly scaled back approach placing much more of an emphasis on his guitar and voice.
The album's opener Feeling Good is an absolute expression of its title and will leave you in that exact frame of mind. Once set up for fun, you've gained passage to an Oliver trademarked musical voyage, so climb aboard and enjoy. As if asked to now hoist life's anchor and cast off all lines, the second cut, Tradewind, beckons our submission in a gentle breezy mode. Yet once underway the sails of this composition become full and the winds whistle a jam that funks up the decks and tricks out the rigging. After catching your breath, the artist's interpretation of Buffalo Springfield's classic For What it's Worth will leave you leaning against the mast, singing along, recalling the course of that day and pondering the current relevance of its manuscript. Next up is Good To Go, a track which joyfully transports us further toward the equator and into a sea of Latin/World Music. Schools of sizzling guitar passages and white caps laced with trippy vocal percussion are at every turn of the helm in this chart.

Moving into calmer waters, the moody atmospheric gem Shadow of The Moon seemingly drifts in from the horizon and subtly gains our attention by featuring seductive soundings from Stevie Wonder's longtime trumpet player and studio confidant Steve Madeo. Cool is next on the log and brings aboard sax hero and former Al Jarreau first mate Michael Paulo. Teaming up with Captain Oliver, Mr. Paulo passionately assists in bringing us back to cruising speed while heading toward deeper waters. The infectious vocal and pop arrangement of Bend or Break follows and deeper waters it is. If ever there were a doubt as to Oliver's ability to circumnavigate the musical globe, this song will dispel any such yarn. The acoustic pleasures of Across the Water, the buoyant and flowing Reach the Sky, and Shine, a track ably enhanced by the adventurous rhythmic patterns of Christian Poezach, all follow in splendid succession.

Pulling into port, Oliver bids us retrospective farewell by delivering Radiant Dreams, a poignantly poetic reflection on life's overall voyage and its sometimes elusive treasures.
Steve Oliver averages between 150-200 live gigs a year. Frequently billed at major music festivals as the "Special Guest Artist," Oliver has recently achieved "Headlining" status at many. Perhaps most notable would be his being selected to headline the 2005 Playboy Jazz Festival's Memorial Day presentation at the world famous Pasadena Rose Bowl.

This artist is also receiving a good deal of international recognition these days. One such example is his being nominated, alongside genre superstars Chris Botti, Richard Elliot and superproducer/guitarist Paul Brown, as "Best International Artist" by the 2006 Canadian Smooth Jazz Awards committee. The event will be held in on April 7th in Toronto and Oliver has accepted an invitation to perform at the ceremony.

nounced today that its artist Amilcar was among the top 100 New Age/Ambient/World Radio Charts with his album Vacuuming the Forest during 2005, according to New Age Reporter (NAR) figures.The New Age Reporter (NAR) is a major resource for new age, ambient, world radio /Internet airwaves chart. The top 100 charts are compiled from radio playlists submitted each month during 2005 by over 100 broadcasters around the world that report to the NAR network. Amilcar’s can be heard on radio stations throughout the US including NPR, as well as Canada, Europe and Asia. His CD is available in stores, Amazon.com, Cdbaby.com and individual tracks can also be downloaded from iTunes, MSN, MusicMatch, Rhapsody, and many other digital sites. 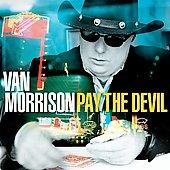 KENNY G RELEASES THE ESSENTIAL KENNY G 2-DISC CD
With his warm and wondrous tone and texture, Kenny G is the Gentleman of Jazz. His saxophone takes us to places that quicken our senses and delight our imagination. A 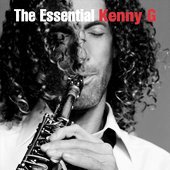 s a teenaged member of Barry White's Love Unlimited Orchestra, Kenny learned about sensuality and seduction from a master, and over the course of his spectacular career he's applied those lessons to make smooth and sophisticated odes to romance, passions and spirituality. In the process he's become the world's best-selling instrumental and jazz musician. His latest is The Essential Kenny G, and it coincides with the 20th anniversary of the release of Duotones, his 5x-platinum breakthrough album of 1986, the 2-CD Essential Kenny G pays tribute to the biggest-selling instrumental musician and the biggest-selling jazz musician of the modern era with the most extensive collection of his career.

CD101.9 GRAMMY AWARD SHOWCASE
CD101.9's Deborah Rath will talk to Grammy-nominated artists including Stevie Wonder, Jeff Lorber, George Duke, Dave Samuels, Bill Evans, Herbie Hancock, Diana Krall and Chris Botti from the comfort of their homes, recording studios and tour buses as they prepare for the 48 th Annual Grammy Awards February 8th. The special Grammy showcase will feature music and insight from behind the scenes on the eve of the award show Tuesday February 7th 9pm – 10pm only on Smooth Jazz CD101.9 in New York.
Posted by Jazz Chill at 7:32 PM