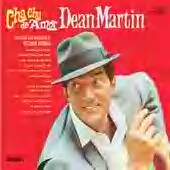 Rat Pack fans rejoice: renowned reissue label Collectors Choice Music will re-release the nine albums Dean Martin recorded for Capitol Records between 1953 and 1962, as well as the compilations of various non-LP singles that Capitol released in the mid ‘60s. Each album will be released separately (with the exception of four compilations the label released on the Tower imprint, which are paired on two CDs). Each single album reissue will include bonus tracks. Martin, whose 10-year partnership with Jerry Lewis, subsequent Rat-Pack years and boozy TV persona all but overshadowed his recording career, produced a long discography that showcases both his warmth and his cool, the swingin’ and the laid-back. Any of these Capitol releases would be the life of any party.In the series, all to be released March 14, 2006:

Martin’s first effort, Dean Martin Sings (1953), which includes That’s Amore along with songs from the Martin & Lewis film The Stooge. Among the bonus tracks is the B-side to That’s Amore, You’re The Right One.

Swingin’ Down Yonder (1955), featuring such Southern-themed tunes as Waiting For The Robert E. Lee, When It’s Sleepy Time Down South and Way Down Yonder In New Orleans. 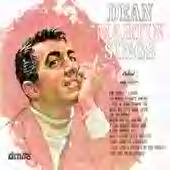 e may have lost his partner but he found his voice — relaxed and confident — on this third Capitol recording.

This Is Dean Martin! (1958), originally released as part of Capitol’s "Star Line" series of compilations of non-LP singles, includes Volare, Buena Sera and Return To Me.

Sleep Warm (1958), Dino’s first stereo release; another "concept" record, this time with romantic renderings of dreamy tunes such as Cuddle Up A Little Closer, Dream and Hit The Road to Dreamland. Lush orchestration conducted by Frank Sinatra.

A Winter Romance (1959), featuring Christmas classics Let It Snow, Let It Snow, Let it Snow, White Christmas, Winter Wonderland and even Rudolph the Red-Nosed Reindeer, along with ultimate romantic cold-weather tunes I’ve Got My Love To Keep Me Warm and Baby, It’s Cold Outside.

This Time I’m Swingin’ (1960), with orchestra conducted, fittingly, by that swingin’est of arrangers, Nelson Riddle; includes Just In Time, I Can’t Believe That You’re In Love With Me and You’re Nobody ‘Til Somebody Loves You, plus early, rare singles as bonus tracks.

Dino! Italian Love Songs (1962), Dino’s biggest seller for Capitol, which was released just after he left the label for pal Sinatra’s Reprise; here are Vieni Su, Arrivederci Roma and Take Me in Your Arms (Torna a Surriento). 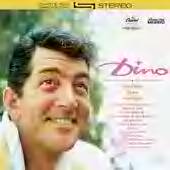 Cha Cha De Amor (1962), an Afro-Cuban-Latin collection conducted by Nelson Riddle; Dino’s swan song at Capitol. Among the bonus tracks is an earlier version of Vieni Su than the one on Italian Love Songs.

Hey, Brother, Pour the Wine (1964) Capitol capitalized on Martin’s success at Reprise by releasing this combination of hits and B-sides. Includes Memories Are Made of This, Standing On The Corner and Just in Time; bonus tracks highlight duets with the likes of Peggy Lee, Margaret Whiting and, natch, Jerry Lewis.

The Lush Years (1965) / Relaxin’ (1966) (one-CD reissue). With Dino now at Reprise, Capitol released these collections of ‘50s and ‘60s singles and previously unreleased tracks, including Rio Bravo, from the 1959 film by the same name that featured Martin in one of his many acting roles.