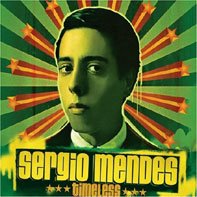 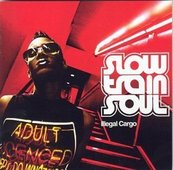 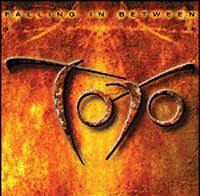 Joseph Williams, Ian Anderson (from Jethro Tull), Lenny Castro, Steve Porcaro, L. Shankar and Roy Hargrove join Toto on their new release – Falling In Between. The new CD is out now and is available on Frontier Records. The final track listing includes Falling In Between, Simple Life, Dying On My Feet, Bottom Of Your Soul, Let It Go, Nowhere In Sight, Spiritual Man, Ain’t Your World, The Reefer Man and Hooked. We wish them lots of luck with plenty of deserved airplay on this project, so get on board radio and open up those playlists!

While we are on the subject of hot music, here are some old and new songs that we’ve heard recently that we like very much. Note that most of these (except for the Vincent Montana tracks) were heard on the highly recommended Internet radio station www.swissgroove.ch -
Alex Cortiz – Barfly; Average White Band – I Wanna Be Loved; Cal Tjader – Lucero; Llorca – I Cry (Alton Miller Remix); Tortured Soul – I Might Do Something Wrong; Vincent Montana Jr. – The Africa Track (Louis Benedetti Remix); and Vincent Montana Jr. – What Love Does (Louis Benedetti Remix). 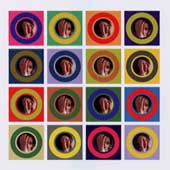 Grammy award-winner and legendary club diva Jody Whatley revisits her own 1980’s signature song Looking For A New Love with her latest release on the Water Music label. A series of remixes are available here including the lead ROCAsound house mix, a formulaic Circuit-styled Chus & Ceballos Mix, the Deep House vibe on the Craig C. Mix, and the Chris Joss Vocal Mix. 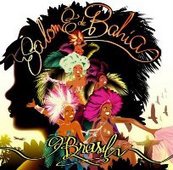 Salome De Bahia’s latest release – Brasil – is filled with modern house and electronic percussion by French DJ and producer Bob Sinclar. Brasil reads like a Brazilian standards songbook by including such familiar melodies as Pais Tropical, Fiesta Para Um Rei Negro and Cada Vez, the latter made popular in the house circuit by Negrocan. There’s nods to tunes north of the border with Bahia’s take on Stevie Wonders Another Star, listed here as Sambala, and on Taj Mahal, there’s the familiar signature riff from another song that told us if we though Rod Stewart was sexy. We should just let him know. And there’s even a cover of Barry Manilow’s Copacabana. Bob Sinclar is widely known for his own productions and remixes, including his collaboration with Cerrone on Cerrone vs. Bob Sinclar.

Eric Kamen’s new album – Native Unit – features flowing melodies to compelling sweeps, and the songs on Native Unit transport the listener into a unified dimension of world, new age and R&B grooves. My Father’s Mandolin is established by a steady hip-hop beat and rhythmic strumming of the bouzouki. Flamenco guitar leads over angelic chimes and rolling percussion on Arenys By The Sea. The track. Mykonos At Midnight was recently selected as Best Instrumental Songs of the Year by The Muse’s Muse in 2005 and offers contagious and melodic guitar music. Recently, the Muses’ Muse named Native Unit the Best Instrumental CD of the Year. "The project will appeal to hardcore hip-hop fans, jazz enthusiasts, and world music lovers alike…" raves The Muse’s Muse. Kweevak Music Magazine praises, "A magical blend…melding the edge of hip-hop with the soul of R&B."

In other news…Legendary band, Earth, Wind & Fire, have joined the lineup to perform at the 2005 Essence Music Festival. The festival is set for July 1,2 and 3, and will take place in its new interim home, state-of-the-art Reliant Park in Houston, Texas. Earth, Wind & Fire are joining previously announced artists: Frankie Beverly and Toni Braxton. Additional talent will be announced in the coming weeks…The Fujitsu Jazz Festival will present The Magic Of Toots on March 16, starring Toots Thielemans with a cast of renowned artists, Herbie Hancock, Al Jarreau, Eliane Elias, Paquito D’Rivera, Oscar Castro-Neves, Joe Lovano and some special surprise guests who will celebrate Toots and his music. The Magic Of Toots concert event will speak of the beauty, warmth, virtuosity and soul of a one-of-a-kind artist who – at 83 – still stands at the ‘top of his game’. Music Director, Kenny Werner, Toots’ longtime duo partner – the ‘Maestro’ as he calls him – will take you on a journey, weaving in and out with Toots and his star-studded program…Patti LaBelle, Nona Hendryx and Sarah Dash are in the process of planning a reunion album as LaBelle, set for release in 2007. The trio have already recorded two songs thus far – Preaching To The Choir and Dear Rosa. Both songs appear in the film Preaching To The Choir starring Patti LaBelle. Nona Hendryx is also hard at work on her first album in 10 years with a release date later in the year… Aezra recording artist, Billy Miles, has been honored with an NAACP nomination in the Outstanding Jazz Artist category. Her debut CD, Billy Miles, is a stylish brew of jazz, pop, soul and trip-hop. The lead single of the CD, Sunshine, was an iTunes Song Of The Week, a #6 R&B track and it has charted on HOT AC, AAA and Smooth Jazz radio…Barry Manilow will follow-up his chart-topping success The Greatest Songs Of The Fifties with an album featuring songs from the sixties. His hit CD debuted last week at No. 1 on the Billboard 200 chart with sales of 156,000 copies in the U.S.according to Nielsen SoundScan.
Posted by Jazz Chill at 7:45 PM