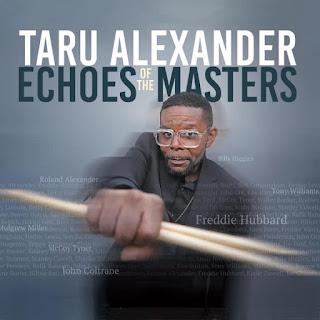 Taru Alexander - Echoes Of The Masters

Beautifully bold work from drummer Taru Alexander – a musician who was maybe getting some initial attention as the son of saxophonist Roland Alexander, but a player who really comes into his own with this fantastic record! The mighty Antoine Roney is in the group, sounding stronger than we've heard in years – really getting a lot of focus from the rhythms, which also feature this excellent work on bass from Rashaan Carter, who really knows how to match Taru's energy – alongside piano from James Hurt too. Hanka G sings on a version of Monk's "I Mean You" – and other titles include "Kojo Time", "Perisina", "Pinocchio", "Deception", and "Change Up". ~ Dusty Groove 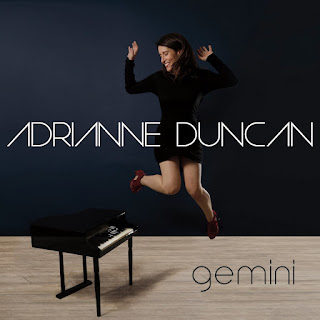 Each track on Gemini the new album from pianist, singer and composer Adrianne Duncan, is a mini-suite in its own right. Duncan draws upon her background in classical music and jazz to create her rich sonic palettes, while also being informed by such songwriter-poets as Joni Mitchell and Nick Drake. Her dense harmonies and often unconventional structures leave room for improvisation and melodic development, supporting quirky and intelligent lyrics that speak to her love of story and character. As a self-accompanying singer, inhabiting her original story-oriented lyrics with a resonant tone and a fresh and expressive spirit, she’s furthering a tradition that spans from Nat Cole, Shirley Horn and Andy Bey to Diana Krall and Dena DeRose. Her approach as a lyricist tends toward the literary, and her compositions have a cinematic sense of scope.  Duncan has performed and recorded with some of Los Angeles’ most noted musicians, including Otmaro Ruiz and Catina DeLuna on the Grammy-nominated Lado B Brazilian Project, with whom she toured Brazil on keyboards and vocals. She has played and sung on numerous recordings, including The Jazz Chamber with legendary multi-reedist Bennie Maupin, and also performs regularly with her seven-person vocal improvisation collective Fish To Birds. 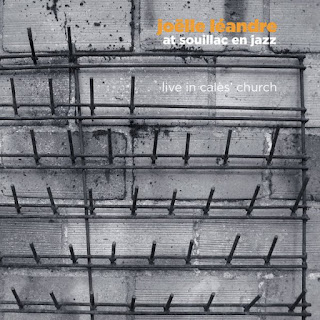 We never stop falling in love with the music of bassist Joelle Leandre – and although we've been listening to her records for many many years, we still always feel newly moved when we encounter music as great as this! The set features both a long live set of solo improvisations, recorded in a Church with a wonderfully echoey sound – and a few private after-set tracks too – both of which beautifully demonstrate that quality that always seems to set Leandre apart from the rest – a complete understanding of all the many properties of the acoustic bass, both bowed and plucked – delivered with a freewheeling sense of imagination, but also a quality that's very organic, almost sensual – so that her music has a tuneful quality at the core, even when quite free. The set features six selections from the concert, and two more after-set tracks too – both with a slightly different sonic quality, given the space. ~ Dusty Groove Enrico Rava, long a key figure in European jazz, has been a mentor for successive generations of Italian players. His celebratory Edizione Speciale, recorded live at the Middelheim Festival in Antwerp, brings together a team of young improvisers who play his music with fire and élan, accompanying his fountain of melodic ideas, while also taking advantage of the free space that the extensive musical forms open up. The group’s repertoire includes material from the trumpeter/flugelhornist’s early recording Enrico Rava Quartet (1978) and Wild Dance (2015), plus a rendition of “Once Upon a Summertime” – the English version of Michel Legrand’s “La valse des lilas” – as well as the universally known Cuban song “Quizás, Quizás, Quizás”.