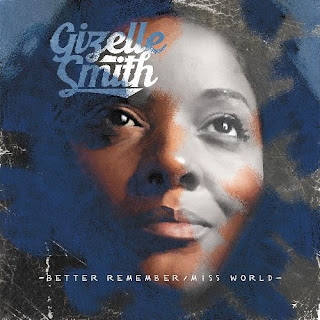 Gizelle Smith returns with a dramatic double A-side single “Better Remember” / “Miss World” from her upcoming album Revealing, due for release on May 28th on Jalapeno Records. These two songs open an aggressive socio-cultural dialogue, inviting the listener to evaluate their stance on global and social issues in two very different and intriguing soundscapes. The 'Golden Girl of Funk' the title this multi-talented songstress quickly earned after she stormed from obscurity almost 8 years ago. Born to a Seychellois mother and an American father who was a guitarist and band leader for legendary Motown group ‘The Four Tops’, Gizelle was raised in Manchester, UK with a multicultural upbringing steeped in soulful music from the very beginning. 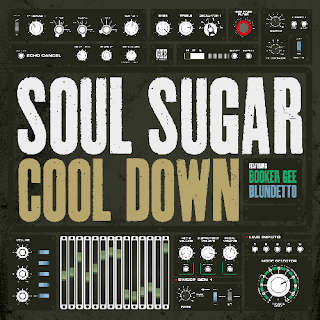 To celebrate the forthcoming release of their new album, Excursions in Soul, Reggae, Funk & Dub, Paris-based musician Guillaume Metenier’s collective project Soul Sugar offers up brand-new, digital-only single, “Cool Down feat. Booker Gee & Blundetto”. Co-produced by Metenier with fellow French artists Blundetto and Blackjoy, the track is a sun-kissed slab of 21st century dub built around a typically weighty rhythm and joyous, afternoon-bright instrumentation. Underpinned by hazy bass, authentically shuffling reggae-style drums and echoing effects, “Cool Down” boasts some superb guitar licks courtesy of Blundetto, as well as inspired synthesizer and organ motifs provided by Metenier under his now familiar Booker Gee alias. “Cool Down”  is one of a handful of previously unheard tracks on Excursions in Soul, Reggae, Funk & Dub, the fourth album by Soul Sugar. The set gathers together previously released but now hard-to-find tracks that the collective has released on different formats over the last few years, including inspired reggae cover versions of Luther Vandross favorite “Never Too Much” and Marvin Gaye classic “I Want You”. It will be released by Gee Recordings later this Spring. 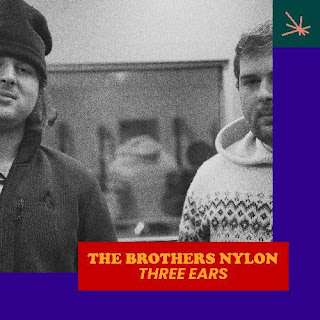 The Brothers Nylon consists of twin brothers Michael and Nick Rufolo from Long Island, New York. The Rufolo brothers are multi-instrumentalists who play around with all kinds of analogue equipment. Nick plays drums, keys, strings, horns, percussion and contributes vocals, while Mick plays bass and deals with whatever aspect happens on the mixing console. But what makes this project so special is its unique sound, shaped and brought to life with plentiful musical ingredients fished from the shelf. Their creativity knows no limitations and allows for lofi beats as well as funk & soul, breaks, library music and Zappa-esque psych-rock adventures. The result is a superb mixture of semi-famous riffs, library music, dirty funk tracks, obscure records for inducted vinyl nerds and flea market diggers. Perhaps the best description is “multi instrumental big band multitrack madness”. Their debut album “Bitches Cold Brew” was initially shaped in New York by the brothers Rufolo, then sent across the ocean to Shawn Lee to be developed and enriched, then back to New York and so on and so forth. If there are bonus miles for e-mails, this intercontinental collaboration has certainly entitled to the golden membership! Various singles have appeared on a variety of labels, they have collaborated with the artists such as the aforementioned Shawn Lee and renowned singer Georgia Anne Muldrow and their latest effort sees them team up with German label Golden Rules for a new upcoming compilation.