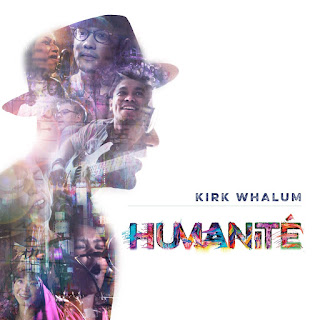 Grammy® Award Winner and Global Recording Artist Kirk Whalum just released his new album Humanité on Artistry Music/Mack Avenue Music Group. Humanité is unlike any album Kirk has ever made – the sonic synergistic result of encounters made and relationships formed onstage and off with top emerging artists and Top 5 recording artists from around the world. The album was produced by Kirk and his longtime friend and producer, the British jazz trumpeter and session musician James McMillan. Over a period of three months in 2018, Kirk and James recorded the soul-drenched, emotional and highly melodic tracks in locations ranging from studios in Jakarta, Tokyo, Paris, Nairobi, Johannesburg, to hotel rooms, office buildings and even Kirk’s living room in his hometown, Memphis, Tenn. Collaborators on the album include Japan's jazz pianist Keiko Matsui; the young bass phenomenon Barry Likumahuwa, gifted singer/songwriter Grace Sahertian and global pop star singer/actor Afgan, all hailing from Indonesia; soulful singer/jazz guitarist Andréa Lisa from New Zealand; superstar vocalist/guitarist Zahara from South Africa; Kasiva Mutwa of Nairobi; bassist supreme Marcus Miller, and Liane Carroll, long considered by cognoscenti to be the UK’s premier female jazz voice. 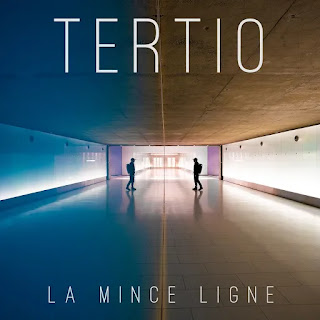 “La mince ligne” (The Thin Line) is the second effort of Montreal’s based jazz-rock quintet Tertio. As much loyal to its jazz-jock roots, the band expands its musical territories, sometimes in the modern jazz idioma, and even in a country-folk composition, without losing its own musical identity and lyricism. This second album confirms Tertio as one of Canada’s most promising band, by featuring the abilities of its wonderful musicians, composer and improvisers. On this release, the group returns  with a more elaborate work in which we find the sound characteristic of the group, but yet venturing into new musical flights. The album was mixed by Simon l'Esperance and mastered by Richard Addison of Trillium sound. The album was officially released under the MCM Records label on October 18, 2019. 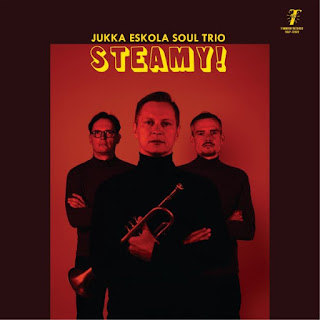 An excellent group, and one with a really great concept – a fresh take on a format that was big in the 60s soul jazz scene, but spun out in a very unique way – both in terms of instrumentation, and in terms of the groove! Trumpeter Jukka Eskola heads the trio, which also features Hammond from Mikko Heleva and drums from Toppo Makynen – a mode that was more famously used in tenor/organ combos, like the match of Don Patterson and Sonny Stitt on Prestige Records – but which has never been found in this format before! The trumpet turns out to be a great sound in the frontline, and is given some changed-up rhythms here to work with – not straight soul jazz or funk, and instead a mixture of complicated elements that move the tunes throughout a great range of grooves and colors – really showing all the wonderful sounds that Jukka's been capable of giving us over the years. Titles include "Stick Of A Branch", "Jongo Street", "Tiny B", "Old Stories", "Smash", "Five On Three", and "Steamy". ~ Dusty Groove