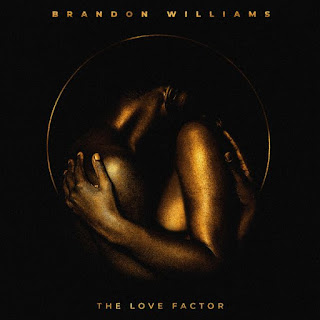 Detroit-bred Brandon Williams’ life has always included music in some capacity. First as a listener, then as a musician, and ultimately, as a producer. He is a musical architect that is quickly making his name and stake as a front-runner in the music industry with the release of his 2014 debut album entitled XII featuring Robert Glasper, Jean Baylor (formerly of Zhane’), Frank McComb, Nicholas Payton, Choklate, the Detroit Symphony Orchestra and more. The album has received high praises from musical luminaries such as Jean-Paul “Bluey” Maunick (Incognito), Chuckii Booker, Maysa Leak, Ledisi, Rahsaan Patterson, Marion Meadows, Dianne Reeves, Sinbad, Will Downing, Jill Scott and many others. He has also been personally endorsed as a great producer by the legendary Quincy Jones.

On the music scene since he was 12, his career is quite impressive. A direct protégé of Grammy and Billboard super producer Michael J. Powell (Anita Baker), he is a powerhouse of musical knowledge and abilities, receiving requests to perform, engineer, MD, arrange and produce around the clock. Known as one of the premiere drummers on Detroit’s live music scene, he is also known for being one of the “go-to music guys” in general because of his gift to play numerous instruments and his versatile repertoire. In 2009, he collaborated with Vickie Winans on “How I Got Over”. The album earned him 9 Stellar Awards nominations (winning one), a Grammy Award nomination, and a NAACP Image Award. As a musician and producer he has worked alongside and lent his hand to such artists as; Pharoahe Monch, Bobby Creekwater, Jadakiss, Dr. Dre, Jazmine Sullivan, Foley (Miles Davis), Alchemist, Xzibit, Lin Rountree, Barrett Strong, Jay Electronica, Leon Ware (Marvin Gaye, Minnie Ripperton), Eminem, Onaje Allen Gumbs, Don Blackman, Bernard Wright, Jeymes Samuels, and Ryan Leslie. His production work can also be heard in various television commercials which include the 2011 AT&T “Swag/FLY ERRR” TV commercial, the 2015 “Honda Fit” TV commercial featuring ?uestlove (The Roots, The Tonight Show Starring Jimmy Fallon), and the 2016 AT&T “Network Of You” spot featuring Young Guru (Jay-Z).

Performing with national tours, and with his own bands, he’s graced the stages of Detroit’s premier venues, and he’s also had national exposure at hot spots such as the legendary Bitter End in NYC, the Variety Playhouse in Atlanta, City Winery, and the House of Blues in Dallas. As a producer, Brandon has worked in studios across the world from New York, to The Caribbean and even South Africa. Because of his plethora of abilities, he has acquired the respect of many legendary artists that he now calls friends including; the late artists George Duke, Ricky Lawson, and James ‘J. Dilla’ Yancey, along with Denaun Porter, George Clinton, Lalah Hathaway, Karriem Riggins, Randy Crawford and a host of others. He’s also recorded with the legendary Stevie Wonder.