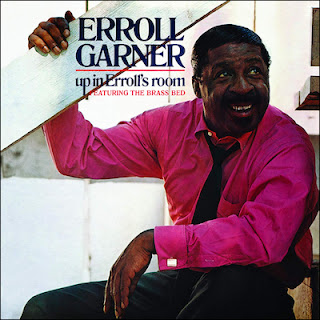 Errol Garner – Up In Errol’s Room

The eighth album of the Octave Remastered Series is here - a collection of music that is among the most important in the history of jazz. One new remastered album is being released each month through June 2020. Over the course of two sessions in November 1967, Erroll Garner and his band recorded enough material for a handful of albums. What makes this collection truly unique is the addition of a brass section, expertly orchestrated over a selection of Garner’s improvised arrangements. This style of collaboration was groundbreaking for the era and helps to make this one of the most musically thrilling of all Garner’s albums. 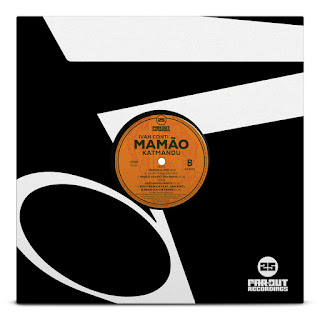 Following on from his critically acclaimed 2019 solo album Poison Fruit, Azymuth’s iconic drummer Ivan ‘Mamão’ Conti returns with ‘Katmandu’. Though it was recorded and mixed in the same sessions, ‘Katmandu’ was mysteriously omitted by Mamão from the Poison Fruit album, either accidentally or on purpose, he’s not quite sure. What is for sure is that it’s one of the most potent poison grooves of them all. The original mix, produced by Daniel Maunick, accompanies remixes from three of mainland Europe’s finest DJ/producer combos, prolific German nu-jazz collective Jazzanova, MCDE Recordings & Faces Records’ Pablo Valentino, and Croatian house veteran Eddy Ramich with assistance from Zagreb duo Jan Kinčl & Regis Kattie. This EP is the second in a series of limited edition dance 12”s celebrating 25 years of Far Out Recordings and is housed in a special sleeve which uses the label’s original semiquaver logo from 1994. 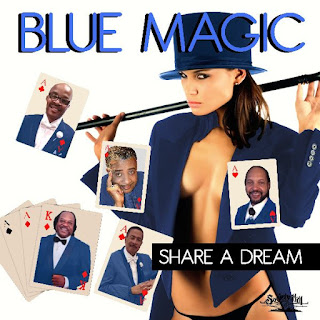 One of the most popular Philadelphia soul groups of the 1970s, Blue Magic was originally formed in 1972 with original members Ted Mills, Vernon Sawyer, Wendell Sawyer, Keith Beaton, and Richard Pratt. Today, original members Wendell Sawyer (lead and baritone) and Keith Beaton (tenor) have added lead vocalist Ron Queen and vocalists Moe Kee and Robert “Buddy” Williams to form the strongest version of Blue Magic since the early 1980s. This version of the group pays tribute to the original sound of Blue Magic with the accent on old school ballads and smooth Philly Soul. They have gone back to the source together with legendary producer Butch Ingram to create the vibe of the original group but with new, possibly improved results. Backed by the Ingram Family band and the Society Hill Orchestra, with new material including tunes written by the Ingrams and Barbara Mason, plus a great new version of the Barbara Pennington classic "On A Crowded Street," the sound of Blue Magic is not only back - this time it's here to stay.
Posted by Jazz Chill at 12:30 AM