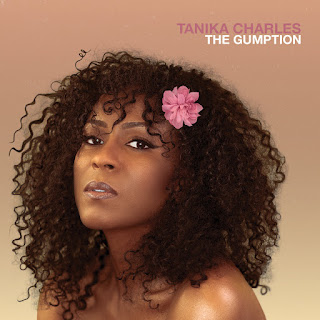 Tanika Charles' sophomore album “The Gumption”, released last May 10th on Record Kicks, has been nominated for the 2020 Juno Awards - Canadian equivalent to the Grammy Awards - in the R&B/soul recording of the year category.

Amongst this year's candidates there are renowned artists such as Alessia Cara, The Weeknd and Shawn Mendes. This is not the first nomination for Tanika at the Juno Awards: she was selected in 2017 as well with her debut album "Soul Run". The ceremony will take place on March 15th.

With roots in Trinidad & Tobago, Edmonton raised Miss Charles has transformed from an emerging solo artist to a commanding performer and bandleader, a staple in the Canadian soul scene. Since emerging on the international scene with her first album "Soul Run", Tanika Charles has revealed herself to be one of the best kept secrets in soul music.

After the success of her debut album “Soul Run”, which brought her a Polaris Music Prize and a Juno Awards nomination vs The Weekend, “The Gumption” is the sophomore album by Toronto-based soul artist Tanika Charles. Greeted with enthusiasm by the press and largely supported by radios such as KCRW as “Best New Music”, KEXP, Radio France’s FIP and Craig Charles on his BBC Radio 2 and Radio 6 shows, “The Gumption” appears in the “15 Albums You Need To Hear” of CBC Network and earned her the first cover on the historical Blues & Soul Magazine.
Posted by Jazz Chill at 1:30 AM