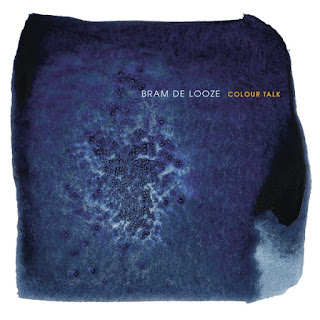 Belgian artist BRAM DE LOOZE is pleased to share new single 'Dream Box’, taken from his forthcoming solo album 'Colour Talk', released 21st February via Sdban Ultra. Exquisitely linking baroque, avant garde and highly-refined jazz improvisation, Bram uses a Werckmeister III, which is a 17th century non-equal tuning system, and it brings a different sensation and an additional emotional layer to the sound of the music. It makes it possible to explore different colours of intervals and harmonies beyond the usual equal tuning system. “After my ears have been adapting to it for a couple of years now, and I can feel the impact it has on my music. Dream Box is an example of how it makes me take different directions in writing and improvising,” says Bram. STREAM HERE

Plunging into the depths of sinuous musical structures, Bram De Looze is a talented young jazz musician who evokes contrasting moods that harmoniously follow on from one another. The Belgian pianist and composer’s distinct musical vision has found its way through both solo projects and collaborations. His unique technical skill and musical maturity have earned him considerable critical acclaim back home as his work spotlights his far-ranging interests – from traditional classical piano music to jazz and solo improvisations that have often been compared to Keith Jarrett and Jason Moran.

On ‘Colour Talk’, what you hear is a musician who has freed himself from stylistic constraints and limitations. While still rooted in jazz, classical music and free improvisation have found a new balance, a coexistence that enables the pianist to express himself with a new vigour. Switching between shorter pieces that feel like curious, unresolved puzzles and more extended explorations, ​‘Colour Talk’ ​is once again an ode to (re)invention in the grey zone were the classical idiom and improvisatory urges meet, with the 13-minute ​tour-de-force ​of ‘Hypnosis’ as one of several undisputed highlights.