A great little Morricone soundtrack – later than most of the classic work, but done for a French thriller that starred Jean-Paul Belmondo, with some great spare compositions that have slight romantic French soundtrack touches! There's some great numbers that feature Morricone's style of drifting solo instruments over strings – including some cool piano with a very offbeat feel – and others that have a wonderfully sweeping full and majestic feel! But given the action in the narrative, there's also a nice undercurrent of darkness too – which keeps things interesting and powerful throughout – in the best manner of a Morricone cop/crime film of the 70s. Titles include "D'Afrique", "Chi Mai", "Le Retour", "Le Vent Le Cri", and "Decision Finale". CD features 25 tracks in all – way more than the original album! (Limited edition of 500.)  ~ Dusty Groove 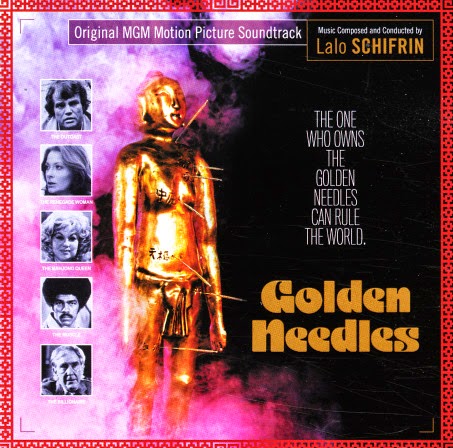 One of the most obscure Lalo Schifrin soundtracks of the 70s – a really weird, spooky little record that's filled with moody touches! Schifrin's not in all-out action mode here – and instead experiments with a range of styles – including some warm, jazzy elements that are especially nice – mixed with larger passages that are more powerful, and blend together tense orchestrations with some of the exotic touches you might guess from the story! Some of the best selections feature scene shifting passages that really illuminate Lalo's ability to tell a story with sound – and titles include "Heavies Approach/Harbor Sequence", "Chinese Street Source", "Finzie's Piano #1", "Felicity", "Mongolian Stripper", "Harbor Chase/Crowds/Conclusion", "Taxi", "Winters Mansion/Winters/It's Time", and "Airports/Street Fight". (Limited edition of 1000.) ~ Dusty Groove

Ennio Morricone's score for the second Jean-Paul Belmondo "Professionel" police film – written 2 years after the first soundtrack, and with a feel that's a bit more electric and cop show-oriented! There's still plenty of great Morricone touches on the set – including his strong penchant for using space to really heighten the tension of a theme – but the instrumentation also features some electric bass undercurrents that are a bit stronger than usual, making for more of a cop funk groove than you'd expect from Morricone! This expanded CD edition features a total of 25 tracks – far more than the original album – and titles include "Le Marginal", "HSM", "Hypertension", "Theme Classique", "Don't Think Twice", and "Dreamer". (Limited edition of 500.)  ~ Dusty Groove