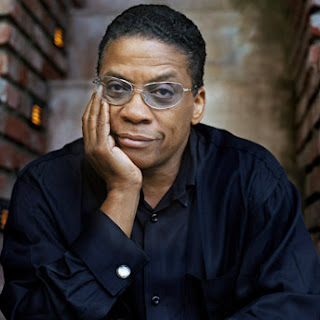 ﻿﻿UNESCO Director-General Irina Bokova and UNESCO Goodwill Ambassador Herbie Hancock are pleased to announce International Jazz Day to be held April 30th of every year. In partnership with the Thelonious Monk Institute of Jazz, the initiative– Hancock’s first major program introduced as a Goodwill Ambassador–will encourage and highlight intercultural dialogue and understanding through America’s greatest contribution to the world of music. International Jazz Day will foster and stimulate the teaching of jazz education with a particular emphasis placed on children from disadvantaged communities in classrooms around the world and will be offered to all 195 member states of UNESCO.
Said UNESCO Director-General Bokova, “The designation of International Jazz Day is intended to bring together communities, schools and other groups the world over to celebrate and learn more about the art of jazz, its roots and its impact, and to highlight its important role as a means of communication that transcends differences”.
In an address to UNESCO officials, Herbie Hancock said, “Please take a moment and envision one day every year where jazz is celebrated, studied, and performed around the world for 24 hours straight. A collaboration among jazz icons, scholars, composers, musicians, dancers, writers, and thinkers who embrace the beauty, spirit, and principles of jazz, all of them freely sharing experiences and performances in our big cities and in our small towns, all across our seven continents.” He went on to say, “Music has always served as a bridge between different cultures; and no musical art form is more effective as a diplomatic tool than jazz.”
In anticipation of April 30thInternational Jazz Day, the celebration will kick-off on April 27th at UNESCO Headquarters in Paris with a daylong series of jazz education programs and performances. An evening concert will feature Herbie Hancock, Dee Dee Bridgewater, Marcus Miller, Hugh Masekela, Lionel Loueke, Tania Maria, Barbara Hendricks, Gerald Clayton, Terri Lyne Carrington, John Beasley, China Moses, Ben Williams, and Antonio Hart, and others to be announced. The daytime events will include master classes, roundtable discussions, improvisational workshops, and various other activities.

International Jazz Day will be celebrated by millions worldwide on Monday, April 30th and will begin with a sunrise concert in New Orleans’Congo Square, the birthplace of jazz. The event will feature a number of jazz luminaries along with Hancock including Dianne Reeves, New Orleans natives Terence Blanchard, Ellis Marsalis, Treme Brass Band, Dr. Michael White, Kermit Ruffins, Bill Summers, and others.

Tom Carter, President of the Thelonious Monk Institute of Jazz, said, “The Institute is pleased to be a partner with UNESCO in presenting educational programs and performances as a part of International Jazz Day. For more than a century, jazz has helped soothe and uplift the souls of millions of people in all corners of the globe. It stands for freedom and democracy, particularly for the disenfranchised and brings people of different cultures, religions, and nationalities together.”

The objectives of International Jazz Day are to:
• Encourage exchange and understanding between cultures and employ these means to enhance tolerance;
• Offer effective tools at international, regional, sub-regional and national levels to foster intercultural dialogue;
• Raise public awareness about the role jazz music plays to help spread the universal values of UNESCO’s mandate;
• Promote intercultural dialogue towards the eradication of racial tensions and gender inequality and to reinforce the role of youth for social change;
• Recognize jazz music as a universal language of freedom;
• Promote social progress with a special focus on developing countries utilizing new technologies and communications tools such as social networks;
• Contribute to UNESCO’s initiatives to promote mutual understanding among cultures, with a focus on education of young people in marginalized communities.

The Thelonious Monk Institute of Jazz will work with UNESCO and its 195 various field offices, national commissions, UNESCO networks, UNESCO Associated Schools, universities and institutes, public radio and public television, as well as NGOs. Additionally, libraries, schools, performing arts centers, artists and arts organizations of all disciplines throughout the world will be encouraged to celebrate the day through presentations, concerts, and other jazz-focused activities. UNESCO will be sending recommendations for events, programs and support materials to its member countries and efforts are underway to raise funds for activities in developing countries where resources are limited. For example, in Brazil the Ministry of Culture will organize a nationwide program celebrating the history of jazz and its contribution to peace in all of its cultural centers; it is hoped that this will eventually be integrated into Brazil’s national educational curriculum. In Algeria, free jazz concerts will take place featuring groups from all over the country as well as conferences promoting “intercultural exchanges between jazz music and Maghreb music”; Russia will host various activities including concerts, photo exhibitions, lectures, virtual magazines and radio programs, while in Belgium the Conservatory of Jazz and Pop will organize outdoor daytime flash mobs/ concerts with Jazz students in bookstores, the Academy of Fine Arts and more. These are just some of the many local events that will be taking place around the world.

For more information about International Jazz Day, please visit the website at:
www.unesco.org/days/jazzday