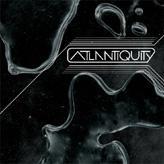 Garth Trinidad (WKCR) is taking his Atlantiquity (available May 10) on the road as he heads to clubs in major cities on a promotional tour for the CD where he’ll let loose the remixes on his turntable. The album is filled with a dozen tracks from the Atlantic Records vaults that have been remixed by an eclectic mix of DJ’s. The CD features a batch of songs from the ‘70’s made famous by the likes of Chic, Eddie Harris, Donny Hathaway, Kleer and the Average White Band.