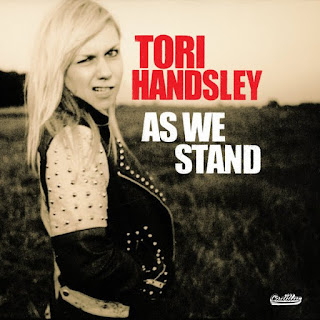 Tori Handsley - As We Stand

Tori Handsley may not look like your usual jazz musician on the front cover – but she's part of the contemporary London scene, and really breaks out here alongside some killer drums from the great Moses Boyd! Handley plays both piano and electric harp with lots of cool effects – and the trio also features this round, rolling basswork from Ruth Goller – a player who's a perfect counterpart for Boyd's nonstop sense of energy! This is the first we've ever heard of Tori – and she's wonderful on piano, playing with this bold sense of flow that should get her plenty of attention in years to come – and her use of the electric harp is equally great, and never gimmicky at all – a very cool instrument that's often processed in ways that really bring out the richness of its sound. Sahra Gure sings on three of the album's tracks, but the main vibe is instrumental – and titles include "Polar Retreat", "Rivers Of Mind", "Home", "Settling In to The Sun", "Kestrel", "As We Stand", "Out Of Sight Out Of Mind", and "Convolution". ~ Dusty Groove 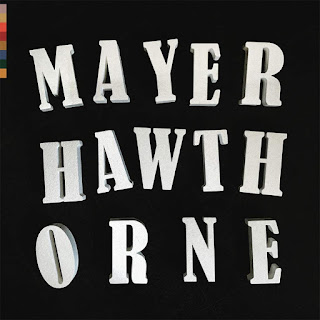 Raised by hippie parents in Ann Arbor, Michigan, smack between the Hash Bash and the car factories -Hawthorne’s old man taught him to play bass guitar at age five. He would play records in the house all while Mayer was growing up. He put him up on game. He’d say, “You hear him singing there? That’s David Ruffin.” Or, “You hear that guitar solo? That’s Stephen Stills.” And young Hawthorne would sit there, with his bowl of cereal, soaking it up.Mayer DJed in Michigan at the height of Detroit hip-hop. He was there. Before Em blew, when Dilla was still alive. He was spinning records and making rap beats. Now he’s making soul records and rappers are sampling him. Circle of life.Mayer’s been digging in the crates and you can hear the influences in his music. A touch of Shuggie Otis here, some Bob Marley there, a sprinkle of Sly Stone… 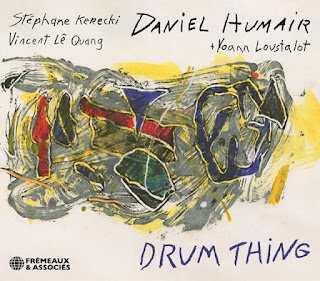 Fantastic work from drummer Daniel Humair – a hugely important creative musician, still very much at the top of his game! Humair was one of the first European percussionists to really set his instrument free from conventions of timekeeping – to open up more possibilities for melody, which is definitely the case here – as Daniel works in a nicely loose group – with Stephane Kerecki on superb acoustic bass, and Vincent Le Quang on tenor and soprano sax – plus a bit of guest flugelhorn from Yoann Loustalot. The songs vary in length and approach, but always have a warmth that other drummers in this situation might not find – that way that Humair has of letting himself free, but never going too far outside – so that there's always this resonance with the bass, which sounds tremendous next to the saxophone. Titles include "Heaven's Gate", "Drum Thing 2", "Mutinerie", "La Cantonal", "Prologue", and a number of "Interlude" tracks. ~ Dusty Groove