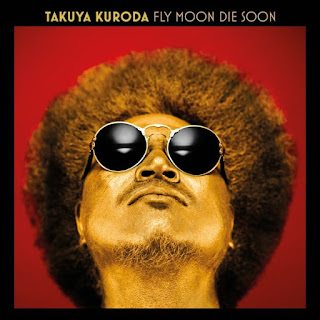 A fantastic chapter in the continuing evolution of trumpeter Takuya Kuroda – a great musician who's got equal parts jazz and soul in his makeup, and who serves up sounds with a nicely cosmic vibe! The set's funky at times, soaringly soulful at others – almost as if Takuya's trying to compete with the CTI 70s spirit of Freddie Hubbard, but with a vision that's all his own – a style that makes Kuroda one of the best of the new generation of genre-breaking soul jazz players who've sprung up in the wake of the Robert Glasper generation – always brimming over with new ideas and fresh styles! The set features vocals on a few tracks by Corey King – a great singer who's a great match for the sonic qualities of Kuroda – and other musicians include Craig Hill on tenor, Takeshi Ohbayashi on keyboards, and Takahiro Izunmikawa on Fender Rhodes – on titles that include "Moody", "Fade", "TKBK", "Fly Moon Die Soon", "Do No Why", and nice remakes of "Tell Me A Bedtime Story" and "Sweet Sticky Thing". Japanese CD features a bonus remix track!  ~ Dusty Groove 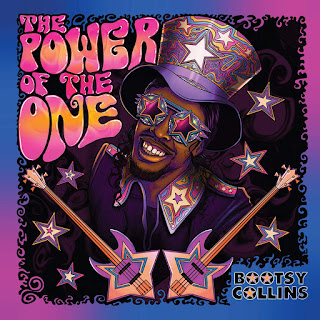 Bootsy Collins | "The Power Of One"

The Power Of The One is Bootsy Collins’ new album. Produced, written and arranged by Collins, it began before the pandemic at Sweetwater Studios and was completed during lockdown at his own Bootzilla Studios in Cincinnati. “In these tragedies and in these storms is when the most beautiful messages can come out,” says Bootsy. “You also realize you can’t do everything on your own. We need each other. One Nation under the groove.” Includes: Funk Formula 1; The Power Of The One; Slide Eazy; Creepin'; Jam On; Lips Turn Blue; FUNKSHIP Area-51; Bewise; Soul Not 4 Sale; Club Funkateers; WANTME2STAY; FUNKTROPOLIS; Wishing Well; Bootsy Off Broadway; STARGATE; and Stolen Dreams. 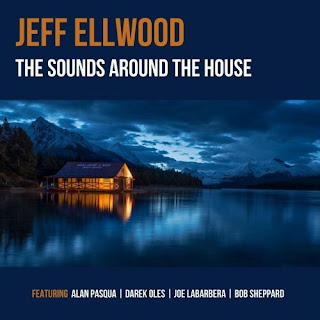 Jeff Ellwood | "The Sounds Around The House"
Known as a consummate improviser with a compelling approach to the tenor saxophone, Jeff Ellwood has earned the respect and admiration of the heavyweights in the Southern California jazz community. Pianist Alan Pasqua has said that Ellwood “is one of my favorite tenor saxophonists on the planet," while Grammy-winning pianist Bill Cunliffe says that Ellwood “is his own man who always brings a fresh perspective to any project." Although Ellwood appears on at least a dozen CDs and has performed on stage with Tony Bennett, James Moody, Joe Zawinal, Randy Brecker, Christian McBride, and Stevie  Wonder, to name just a few, he had never released an album as a leader despite the urging from fellow musicians and fans. It took a promise to a dying friend for Ellwood to release The Sounds Around The House, his debut CD. The compositions are all of recent provenance by contemporary composers except for the title track, “The Sounds Around the House,” by Alec Wilder. Ellwood gathered some of the top West Coast jazz players for this album, and the level of musicianship on The Sounds Around The House is first class. Each of the players is a world-renowned leader in his own right. It is a level of musical excellence that befits a debut CD for a jazz artist as creative and inventive as Ellwood.