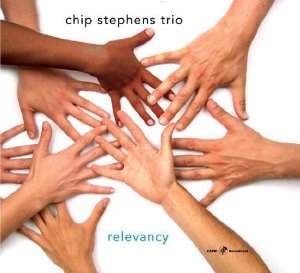 Stephens, with trusted teammates Dennis Carroll on bass and Joel Spencer on drums, takes on a spectrum of material that touches on outstanding work by Carla Bley, Bill Evans, Sammy Cahn, and the acclaimed songwriting teams of Rodgers and Hart, and Van Heusen and Burke, as well as three Stephens originals that reveal his gift for lyricism and vivacious swing. The result is an album that celebrates the durable joys of the mainstream piano trio tradition while also asserting the in-the-moment creativity and intensity that can be brought to it. Relevancy is set for release on June 18 on Capri Records. 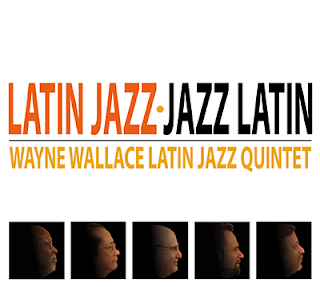 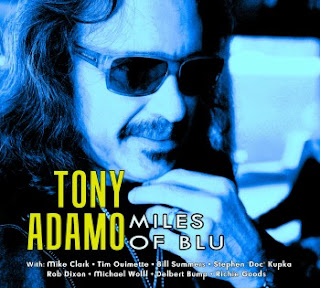 With Miles of Blu Tony Adamo has created a new genre: "HipSpokenWord." His powerful, relevant inventions float over groove concocted by master drummer and producer Mike Clark and supported by a host of stellar musicians.  Miles of Blu illuminates  the path to true hipness!. Tracks include JB; Miles of Blu; Funkin’ at the Chickn’ Shack; America R We Free?; BBQ; The Power of Funky Madness; Soul Vaccination; Don’t Change Horses; Ain’t That a Groove; Jack Kerouac, Jack!; Sun-Ra Rockets to Mars; What is Hip?; The Other Side of Time; and Tickn’ Clock.
Posted by Jazz Chill at 11:31 AM