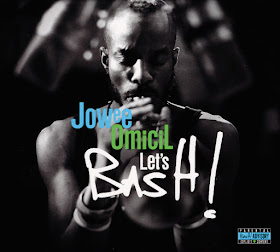 Sweet reeds and plenty of Fender Rhodes – a set that has Jowee Omicil blowing soprano sax, alto, flute, and clarinet – over a set of tunes that move along with a gentle sort of groove! The album's got a nice polish, but is also hipper than smooth jazz too – with some rootsier currents from time to time, and just the right sort of use of electric elements, so that they never overwhelm the acoustic sound of the leader. Songs are dedicated to Ornette Coleman, Tinariwen, Roy Hargrove, and others – and titles include "Sur Le Pont D'Avignon", "A Si Pare", "Love & Honesty", "Something Clear", "Twa Groove", and "Pipillita".  ~, Dusty Groove 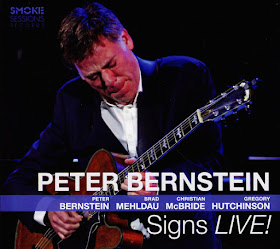 A strong double dose live set for Smoke Sessions led set by guitarist Peter Bernstein – in a quartet setting with Christian McBride on bass, Brad Mehldau on piano and Gregory Hutchinson on drums – reconvening the the line-up that recorded Bernstein's Signs album on Criss Cross back in the mid 90s! It's wonderful for several reasons – for one, in getting these amazing, incredibly busy players back together after all these years – and for fleshing out the material so greatly in a live setting! The Signs tunes really breathe here, with lots of air and space for each player to shine, most tracks running nice on long on the 2CD set. They're all Bernstein originals save for 3 Thelonious Monk numbers, and the titles include "Blues For Bulgaria", "Hidden Pockets", "Dragonfly", "Jive Coffee", "Pannonica", "Useless Metaphor", "Let Loose", "All Too Real", "Resplendor", "Crepuscule With Nellie/We See" and "Cupcake".  ~ Dusty Groove 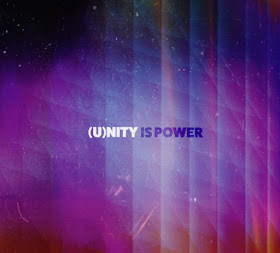 Unity through diversity from (U)nity – conceived as a 5-piece band in the mid 00s, and coming to expansive fruition a decade later as a far-reaching, yet strongly united collective! At the core, players Michael Valeanu, Axel Tosca, Chris Smith, Max Cudworth and Amaury Acosta bring a strong backdrop of Afro-Cuban inspired percussion, exciting early fusion-flavored electric guitar, sax and spacey keys, and with a huge group of contributors bring a lot more to the table – deeper layers of the core elements and more – from cosmic hip hop, to Latin, to deep soul and beyond! Largely instrumental, but with some strong vocal material, too, titles include "FEAR (Forget Everything And Rise)", "Perception", "Avenue 15" feat Pino Palladino & Petrito Martinez, "(U)nity Theme Song" feat Lauren Desber, "Penelope Ana (Love Interlude)", "New Cuba" feat Petrito Martinez, "Retrograde", "everlasting Belief" feat Jhoard, "Can I Get A Dollar", "Guarapachanga", "Ache" and more. ~ Dusty Groove