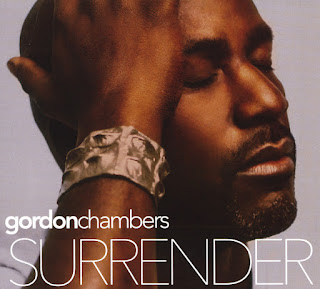 Sometimes we forget how great a singer is – then hear his new music, and fall in love with him all over again! That's definitely the case with Gordon Chambers – who's waited over five years between giving us a fresh album – but who also seems to have grown tremendously in that time – showing us a soulful promise we never would have expected a decade ago! The set's wonderful – beautifully well-crafted, with some of his best songwriting ever – given a feel that's confident, but never commercial – and done in a warmly collaborative spirit with guests who include Eric Roberson, Lalah Hathaway, Carol Riddick and Ayana George – all artists who Chambers can stand proudly alongside, as he's definitely earned his place in the pantheon of the most creative soul singers around. And speaking of pride, there's plenty of it here – an upbeat, positive vibe that really makes the album sparkle – as you'll hear on titles that include "Back To Love", "I'll Never Forget It", "I Made It", "The Diamond Inside", "It Might Be You", "Love & Help Somebody", and "Circle Of Love".  ~ Dusty Groove 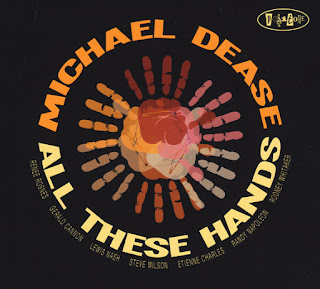 MICHAEL DEASE – ALL THESE HANDS


A wonderful set from trombonist Micheal Dease – possibly his best yet and certainly one of his most ambitious – tracing the history of American jazz from region to region in a way that's as fresh, alive and present as can be! It starts with "Creole Country" and from there rolls on through a dozen original songs strongly imbued with the sounds, styles and moods of jazz from coast to coast. Here more than ever Dease shows his strengths as a leader – his phrasing and "voice" on trombone have such a wonderfully uplifting effect on diverse numbers – and the range of styles provides ample opportunity for an expanded roster to shine as well. Pianist Rene Rosnes and drummer Lewis Nash are amazing, not to overlook any of the other players, including Steve Wilson on flute and saxes, Gerald Cannon and Rodney Whittaker on bass, Randy Napoleon on guitar on few tunes and more. Other titles include "Downtown Chi-Town", Benny's Bounce", Delta City Crossroads", "Good & Terrible", "Brooklyn", "Memphis BBQ & Fish Fry", "Up South Reverie", "Black Bottom Reverie" and more. ~ Dusty Groove 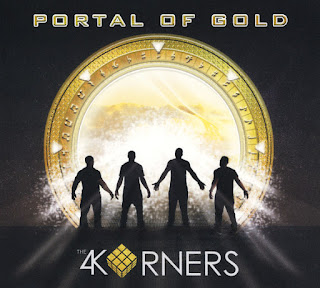 A totally fresh post-millennium take on the electric jazz sound of the late 70s & early 80s from Atlanta-based quartet 4 Korners – inspired by the funky fusion era, but really putting it in a timeless light of their own! We've always loved the sound that provides inspiration here – mid-to-late 70s electric keyboard jazz, carried well into the 80s by The Yellowjackets and others – so fiercely modern sounding in its time that it's now, somewhat ironically, difficult to pull off without sounding self-consciously retro. That's where the 4 Korners excel so strongly. It's fresh as can be! The players are Clarence Hill on keys, James Thompson Jr. on bass, Isaac Thomson on guitar and Jerrod Sullivan on drums – who share songwriting and production credit equally in the notes – which comes as no surprise considering how tightly it plays! Titles include "Midnight Interstate", "King's Highway", "The Dew", "Orbiting Hands", "Table For 2", "Through His Eyes", "The Great Flight", "Motions" and "Portal Of Gold". ~ Dusty Groove